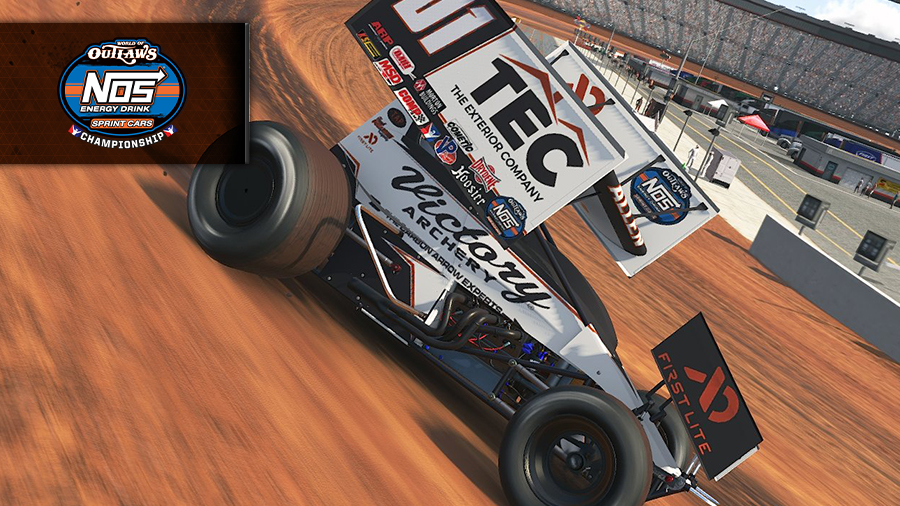 The 2021-22 iRacing World of Outlaws NOS Energy Sprint Car Series continues its season with a return to Eldora Speedway for Round 4 on the calendar. As always, the action can be seen live on iRacing social media and DirtVision on Monday at 9PM ET/6PM PT.

Last Week: After two straight wins by rookies transferring over from the Late Model ranks, veteran drivers locked out the podium in the series’ inaugural visit to Bristol Motor Speedway. Swindell Speedlab Esports driver James Edens outlasted a hard-charging Timothy Smith, who fell out of the race in the closing laps, and multiple restarts to hold off last season’s runner-up Hayden Cardwell. Three-time defending champion and incoming points leader Alex Bergeron was third.

Last Season: Eldora marked Bergeron’s second win of the 2020-21 season, as he took part in a hard-fought battle with Cardwell and former series champion Tim Ryan throughout the race. After leading from the onset, Ryan opened the door thanks to contact with the wall with just a few laps to go, and Bergeron capitalized to lead the final three laps and steal the victory.

Track Facts: The first of four straight half-mile ovals in the next phase of the schedule, Rossburg, Ohio’s Eldora Speedway is a staple of the real-world World of Outlaws schedule. The track will host seven races in 2022, including the $175,000-to-win Kings Royal and $100,000 Historical Big One on the same weekend in July. Owned by racing legend Tony Stewart, the track first opened in 1954 and has been a reliable stop on the WoO calendar since the series was established in 1978.

Next Week: Following Eldora, the iRacing World of Outlaws NOS Energy Sprint Car Series heads to Williams Grove Speedway. Opened in May 1939, the track has been another mainstay on the series schedule from the World of Outlaws’ formation, and is revered for its frequent battles between WoO’s national stars and the Pennsylvania Posse. In 2022, Williams Grove will host the Morgan Cup on May 13-14, Summer Nationals on July 22-23, and National Open on September 30-October 1, with the latter date paying $75,000 to win.