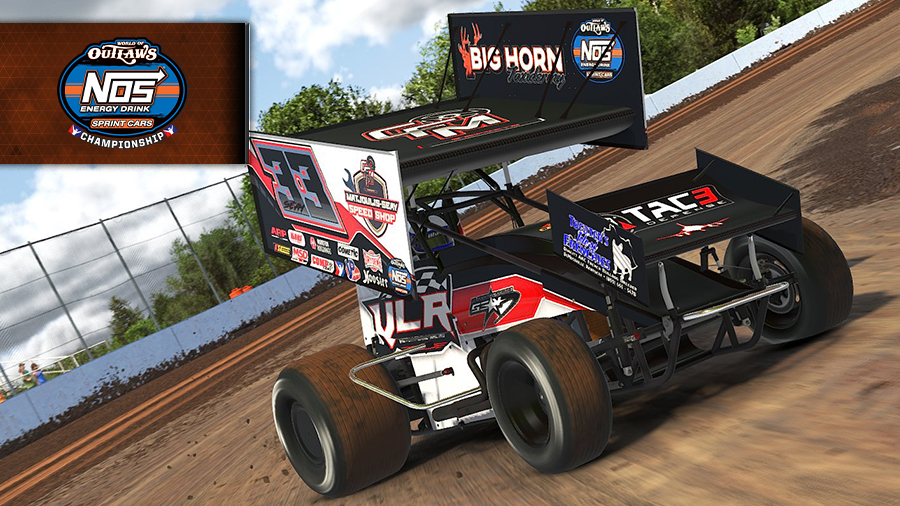 The iRacing World of Outlaws NOS Energy Sprint Car Series heads to The Dirt Track at Charlotte Motor Speedway on Monday night to crown its 2021-22 champion. Incoming points leader Cameron Merriman and three-time defending series champion Alex Bergeron will do battle for the lion’s share of a $25,000 championship purse over 35 feature laps at one of the most iconic venues in the sport. As always, the action can be seen live on iRacing social media and DirtVision on Monday at 9PM ET/6PM PT.

Last Week: For the second week in a row, Merriman’s lead in the closing laps of a race yielded to heartbreak at Weedsport Speedway, after contact from Hayden Cardwell on the final restart bounced him back from first place to fourth at the checkered flag. The bright side, compared to his flip coming to the white flag at Fairbury two weeks ago, was that the strong points day at least allowed Merriman to finally wrestle the championship lead away from Bergeron going into the finale. Merriman’s advantage coming to Charlotte is 13 points, while James Edens waits in the wings at 24 points back in third.

Last Season: Former series champion Tim Ryan led all 35 laps of last year’s Charlotte feature to earn his second win of the season, but it was Bergeron who hung on to win the championship over Cardwell with a fourth place finish in the 2020-21 season finale. While Cardwell finished second in the race, he had given up a substantial amount of points to Bergeron the previous week at Williams Grove, and the two-spot difference wasn’t enough to erase a 30-point deficit.

Track Facts: Located just outside of Turn 4 of the facility’s 1.5-mile paved oval, The Dirt Track at Charlotte Motor Speedway is a 4/10-mile, semi-banked track that brings the excitement of World of Outlaws racing to one of the premier racing venues in North America. Home to the World of Outlaws World Finals for both the Sprint Car and Late Model divisions, as well as the Super DIRTcar Series, this year’s event will take place from November 2-5 as it expands to four days for the first time.