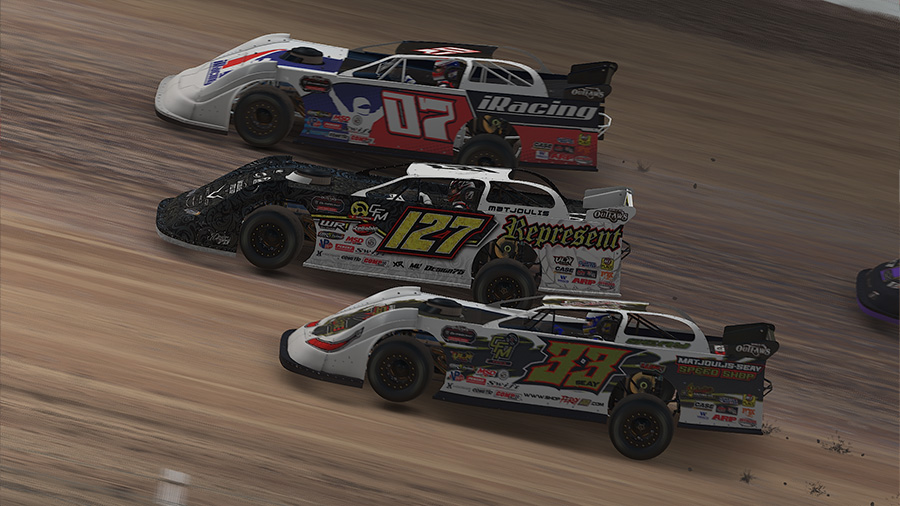 The iRacing World of Outlaws ButtKicker Late Model Series season heads to Pennsylvania tonight for 50 laps of wheel-to-wheel action at the famous Williams Grove Speedway. As always, the action can be seen live at 9PM ET on twitch.tv/iracing and DirtVision.

Last Race: After back-to-back runner-up finishes to start the season, Evan Seay finally scored his first win of the season last week at Eldora Speedway to extend his points lead. It didn’t come in quite the manner he wanted—contact with Fairbury winner Hayden Cardwell in the closing laps while going for the lead ended up impacting both Cardwell and Cedar Lake winner Blake Matjoulis—but nonetheless, re-established Seay as the driver to beat this season.

Dylan Yeager would finish second to step into second in the championship, while Felix Roy completed the podium in third. Matjoulis would settle for 14th as Cardwell took a DNF in the feature. Seay’s points lead now sits at 28 over Yeager, 31 over Kendal Tucker, and 36 over Matjoulis.

Track Info: Opened in 1939, Mechanicsburg, Pennsylvania’s Williams Grove Speedway has long been one of the premier dirt ovals in America. The track hosts World of Outlaws Sprint Car and Late Model events each season, with the National Open for sprint cars paying $75,000 to win each fall. To see the World of Outlaws Case Construction Late Models in action at Williams Grove on August 19 for a $10,000 to win showdown, click here.