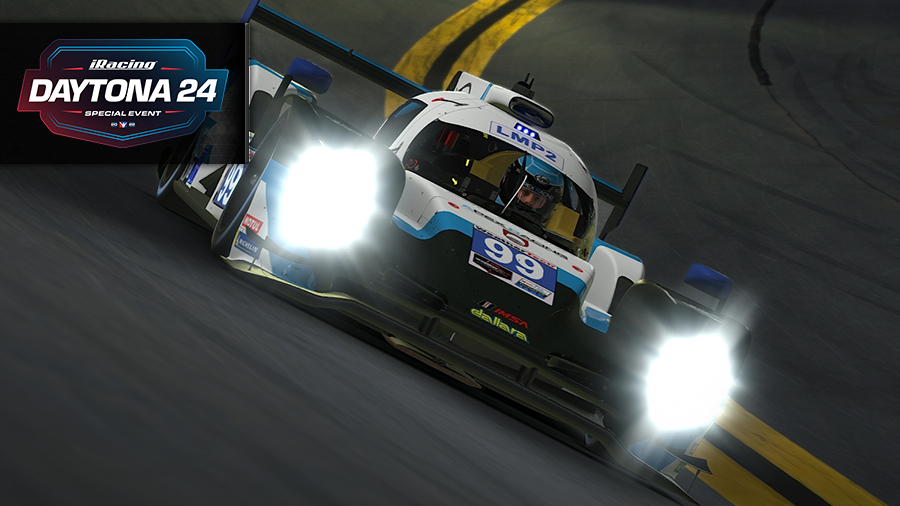 Across 24 hours of racing and four different time slots, the 2022 edition of the iRacing Daytona 24 wrapped up on Sunday as the final 15 splits took the checkered flag at the virtual Daytona International Speedway. After the successful return of the iRacing ROAR solo event for GT4, Touring Car, and Global Mazda MX-5 Cup cars, the Dallara P217 and GT3 classes representing the IMSA WeatherTech SportsCar Championship took to the World Center of Racing for the annual twice-around-the-clock endurance test.

When all was said and done, 3,911 unique teams and 15,780 different drivers declared across the 2022 iRacing Daytona 24, a nearly 50% increase from last year’s event and possibly the largest participation numbers for any motorsport event in the world. In total, 81 different splits were generated across the four different time slots, with the traditional Saturday 12:00 GMT start time attracting 43 full fields worth of racers.

This year’s list of participants included some of the top racing drivers in the world, from Formula 1 superstars like Max Verstappen and Lando Norris, to NTT IndyCar Series front-runners like Romain Grosjean and Tony Kanaan, to NASCAR standouts like Justin Allgaier and Anthony Alfredo. A handful of brave souls even took to the event on their own to raise money for charity, with Keenan Kusan’s 869 laps setting a new solo event record.

Racespot’s broadcast of the top split of the 2022 iRacing Daytona 24 generated more than 120,000 views, including more than 77,000 uniques, and over 900,000 impressions. Viewers from around the world shared nearly 6,000 messages in chat across the four-part broadcast, with nearly 2,000 concurrent viewers

The iRacing special events calendar turns around quickly with a return to GT3 action on February 11-13 for the iRacing Bathurst 12 at Mount Panorama Circuit. Bathurst will be the second of eight opportunities for iRacers to run a GT3 car in special events third year, extending across a varied slate of single and mixed-class events, and the first GT3-only race of the season. For more information on iRacing and for special offers, visit www.iracing.com.