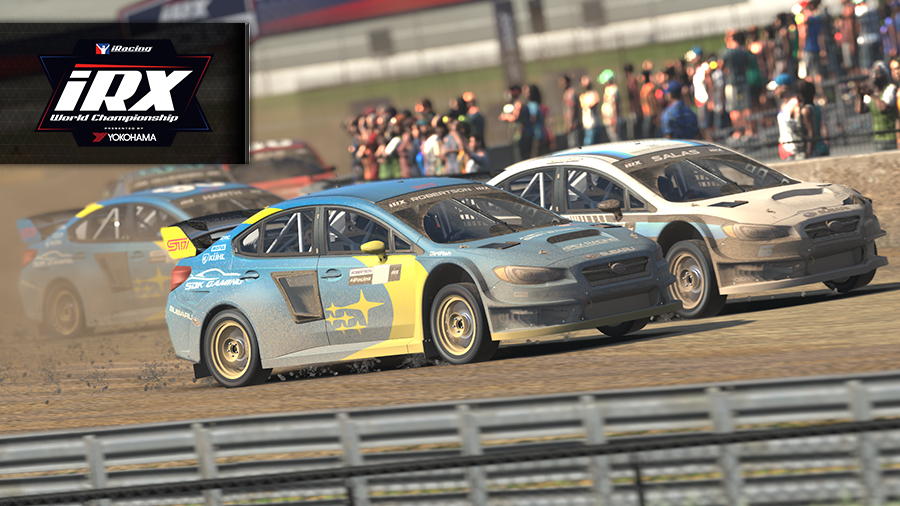 iRacing Rallycross presented by Yokohama takes on Iowa Speedway for its third event of the 2021 season on Wednesday, with the world’s best sim racers and an all-star lineup of real-world pros and Twitch streamers all set to take part. Races will begin at 4PM ET/1PM PT at iRacing.com/live and across a large slate of Facebook, Twitch, and YouTube channels.

Last week’s iRX World Championship round at Atlanta Motor Speedway played out for Subaru Motorsports USA’s Jon Robertson just like last year’s did: with a trip to victory lane. This time around, Robertson used a last-lap Joker Lap to shoot past Elliott Sadler eSports’ Vicente Salas to score the checkered flag and propel himself into the points lead.

If you believe in a repeat winner being a good omen, that’s good news for defending series champion and Robertson’s teammate Yohann Harth. Harth, who finished third in Atlanta, won from the pole in Iowa last season. Other returning drivers who will look fondly upon a return to Iowa include Rasmus Tuominen of SET Esports Team GRX, last year’s third place finisher, as well as 2020 heat winners Otto Taskinen of Nitro Circus and Robertson himself.

Yokohama Pole Award: Just like he did in 2020, Robertson started his winning iRX event in Atlanta by claiming the Yokohama Pole Award with the fastest qualifying lap. He and SET Esports’ Jonne Ollikainen (Daytona) have a pole apiece going into the third round.

Hard Charger: Three drivers have gained more than 20 positions from their qualifying spots over the first two rounds, with Loenbro Motorsports’ Tommi Nukarinen leading the group at 24. Nukarinen’s third place finish in the first Atlanta LCQ scored him 13th overall, a 12-spot jump from where he qualified.

Real-world drivers are two for two in iRX All-Star Invitational events so far, with Best in the Desert driver Luke Knupp holding off Porsche TAG Heuer Esports Supercup standout Zac Campbell in Atlanta last week. The expected entry list for this week’s visit to Iowa is below; entries are subject to change: