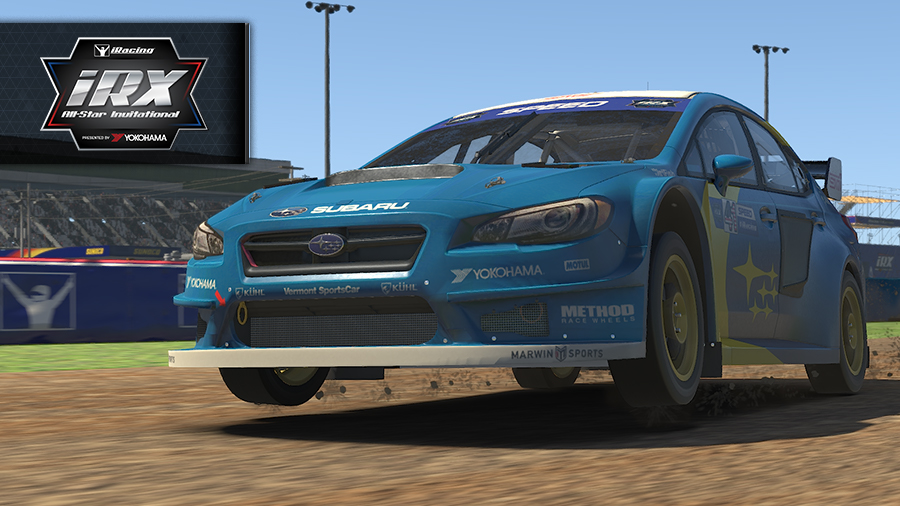 Top-tier rallycross action returns to iRacing social media later this month, as the iRacing Rallycross All-Star Invitational presented by Yokohama gears up for four events starting on April 20. Much like last year’s iRX World Championship, events will start with dozens of real-world pros and celebrities facing off, while a second standalone race featuring top iRX World Championship drivers and the top performers at each track in community Time Attack sessions.

The schedule features an international mix of tracks that also highlights all three of iRacing’s newest layouts. Both divisions will open the season at Brands Hatch Circuit and conclude it at Charlotte Motor Speedway, while the May events will diverge from one another to highlight the tracks most popular among both driver backgrounds. Races will be run as follows:

A selected list of drivers expected to compete in at least one iRX All-Star Invitational presented by Yokohama round includes the following names, with more to be confirmed closer to each event:

The sim racer list will include defending iRacing Rallycross World Champion Yohann Harth, as well as other past iRX World Championship race winners and top 10 points finishers from 2020. Sim racers looking to participate can visit the Time Attack tab under the iRacing UI to lay down their best lap times on Brands Hatch, Barcelona, Atlanta, and Charlotte on Tuesday-Friday of the week before each race. More than a dozen drivers will be selected from each leaderboard to compete in the second race on the following Tuesday.

Each event can be seen across iRacing and industry partner social media channels starting at 5PM ET/2PM PT. For more information on iRacing and for special offers, visit www.iracing.com.