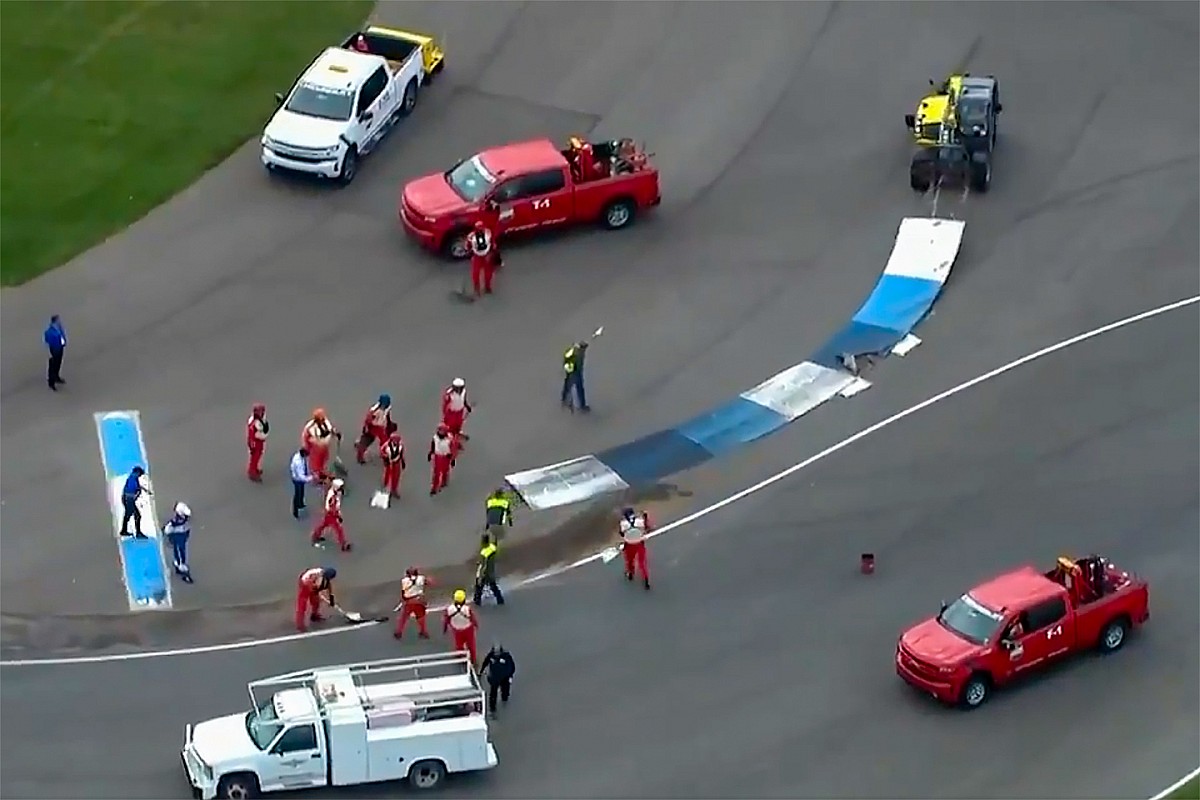 NASCAR has red-flagged the event after issues with the curbing caused a massive incident late in the race.

The curbing caused issues earlier in the race as debris was wedged beneath it. Following a late-race debris yellow in the same area, NASCAR worked on the curbing.

Even so, the following restart quickly devolved into chaos. On the second lap of green-flag running, the curbing finally came completely apart and destroyed several race cars.

“It was so weird. I’ve never had that experience,” explained Byron after exiting the race. “It basically felt like I hit a wall. I was running fourth behind Larson, after he hit it with his right-rear and jumped, it like peeled up, it did something and I obviously nailed something that came up off the track. Definitely a bummer. As soon as I saw Larson go through and hit it, I tried to go through more left but I hit it square. I’d have been fine if the front end wasn’t destroyed!”

Track officials removed the remaining curb and cleaned up the area. They did not replace it for the final few laps of the race. The red flag lasted nearly 20 minutes and the event then went into overtime.

“I didn’t see much, just a bunch of carnage,” a bewildered Bell said after being released from the infield care center.

Logano, who slammed the tire barrier after spinning, said: “I am okay. Thank God those tire packs were there. The hit wasn’t that hard at all. The tires absorbed a lot of it. I don’t believe in luck but that time I feel like it was just bad luck. Wrong place at the wrong time and unfortunately it ended our day.”