Briscoe qualified third, grabbed the lead on Lap 1 and never relinquished it, holding off Dylan Lupton by 3.110 seconds in overtime to win the General Tire 200, his first series victory.

Briscoe, a rookie in the NASCAR Cup Series, had never competed at the Sonoma road course before and was hoping to gain some valuable experience prior to Sunday’s Cup race.

Despite a fairly mild first half of the race, Briscoe was forced to hold on to his lead through four restarts in the final 12 laps, the last one a two-lap overtime dash to the finish.

“This was one the track more than any other that I hoped I could run something since I had never been out here,” Briscoe, 26, said. “It’s one thing to learn an oval on the go, but a road course is definitely challenging and this is the only track on the (Cup) schedule that I’ve never been to.

“Glad they had an ARCA race and glad that (team owner) Chad Bryant allowed us to bring a car out here because I did feel I learned a lot. I couldn’t imagine just showing up tomorrow and Lap 1 was my first time seeing the race track.

“That would have been pretty challenging.”

While Briscoe has had a difficult rookie season in Cup – he earned his first top-10 finish two weeks ago at the Circuit of the Americas – he cherished the opportunity to visit Victory Lane.

“I wish it was a little harder to win, but anytime you can win, it’s a good deal,” he said. “I was glad to be able to check that box this year, to win a race. That’s something I’ve been able to do the last eight or nine years.

“I wish it was a Cup race. I wish I could have won the Xfinity race last week at Charlotte. Regardless, to be able to win a race is a big deal, no matter what level you’re at. There’s always a couple guys you got to beat.” 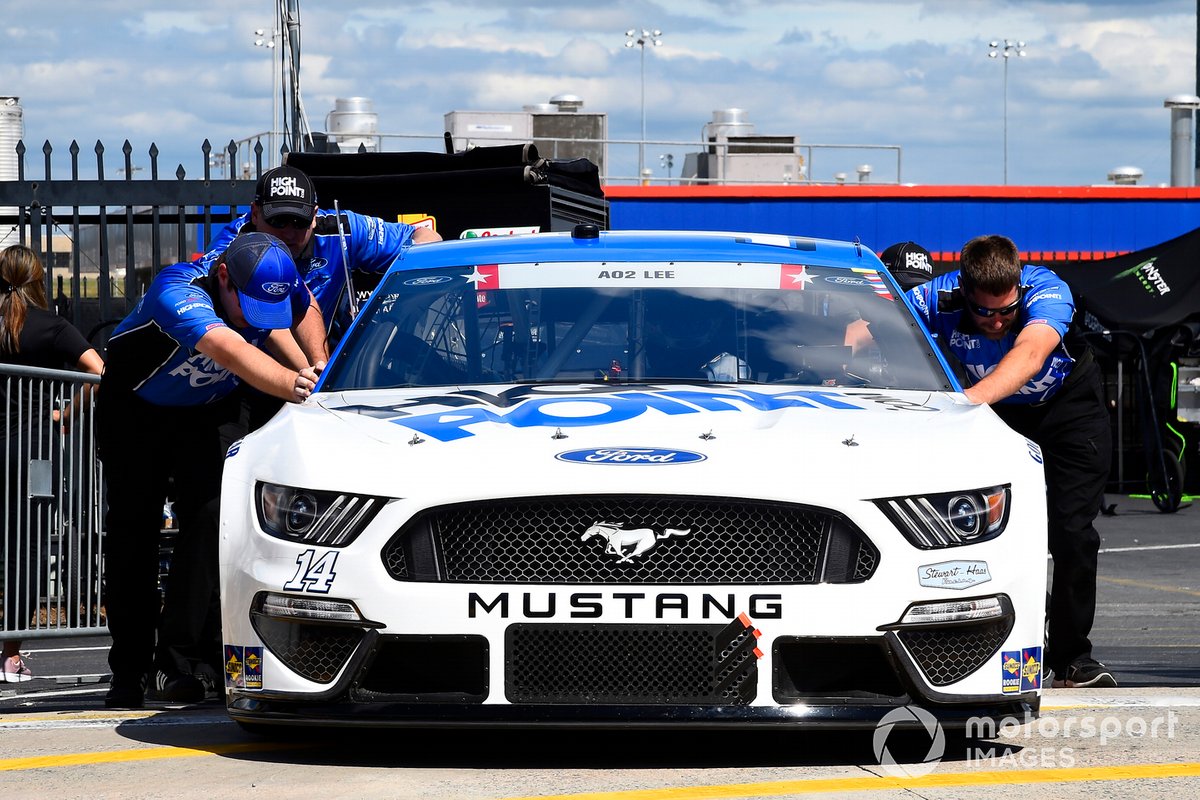 Saturday, one of those guys was Lupton, who has competed in all three NASCAR national series and has two previous wins in K&N Pro Series West (now ARCA West).

Lupton finally got into position to challenge Briscoe for the lead on the final three restarts, but Briscoe had little trouble pulling away.

“Overall, it was a good day. We wanted one spot better, but Chase was really good out there, obviously,” Lupton, 27, said. “I think we were really solid except for that carousel but unfortunately that leads on to the longest straightaway on the track. We really struggled there.

“The second half of the race we had some motor issues and on the restarts it took everything I had just to keep my position. I want to thank all the guys at (Bill McAnally Racing), not only for giving me a great car but also this opportunity to come out here.”

Souza actually grabbed the lead on Lap 1 but was black-flagged for jumping the start of the race. He had to serve a pass-through penalty on pit road which sent him to the rear of the field.