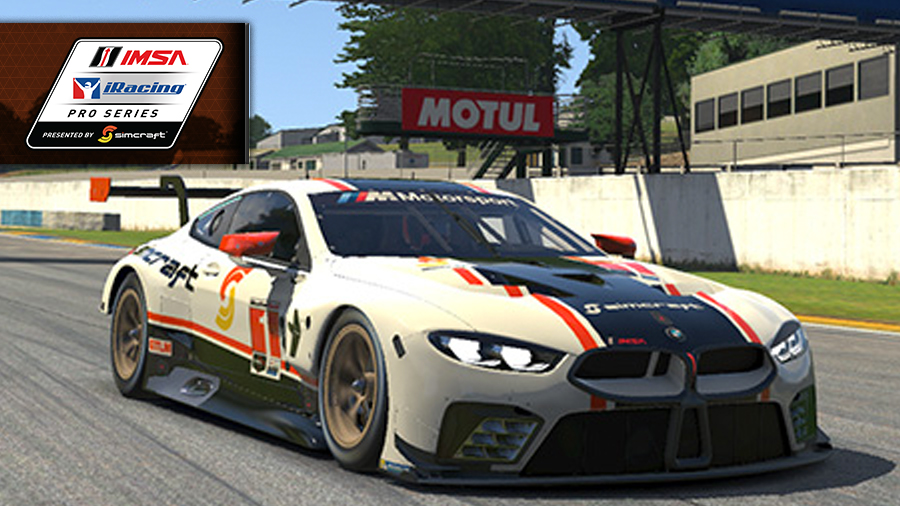 The multi-class IMSA iRacing Pro Series presented by SimCraft wraps up its three-race campaign tonight at Michelin Raceway Road Atlanta, site of the real-world Petit Le Mans that crowns the IMSA WeatherTech SportsCar Championship title winners at the end of the year. After two exciting races from Sebring and Laguna Seca, expect plenty more drama from the world’s top sports car racers as they look for the series championship in the LMP2 and GTE divisions.

Opened in 1970, Road Atlanta has long been a staple of the United States’ premier sports car racing series. The track first hosted the Petit Le Mans in 1998, two years after being bought by Don Panoz, with a set distance of either 1,000 miles or 10 hours, whichever comes first. Last season marked the first time since 2013 that the track hosted two major events during the same year, and the first time since 2005 that it held two slots on the same series’ schedule, after replacing Watkins Glen International as the host of a six-hour event.

Consistency has been the key for Daniel Morad in LMP2, as runner-up finishes in both races have given him a one-point advantage over Laguna Seca winner Mirko Bortolotti. Sebring winner Scott Andrews will return to the series after missing Laguna Seca to complexify that title battle, while Robert Wickens—fresh off getting back in a racecar in a real-world test with Bryan Herta Autosport earlier this week—will also add excitement to the prototype division.

Philipp Eng and BMW Team RLL have dominated the GTE class thus far, with Eng’s pair of wins giving him a perfect 70 points and advantage of eight over teammate Connor De Phillippi. BMWs have scored four of the top five finishing positions in each of the first two races, with only third place runs by Nick Tandy at Sebring and Rodrigo Pflucker at Laguna Seca to break them up.

The IMSA iRacing Pro Series presented by Simcraft round from Laguna Seca will kick off on Thursday at 6:30PM ET, and will air across iRacing social media channels. The IMSA Radio crew, led by John Hindhaugh, will serve as the broadcast team for the race. For more information on iRacing and for special offers, visit www.iracing.com.