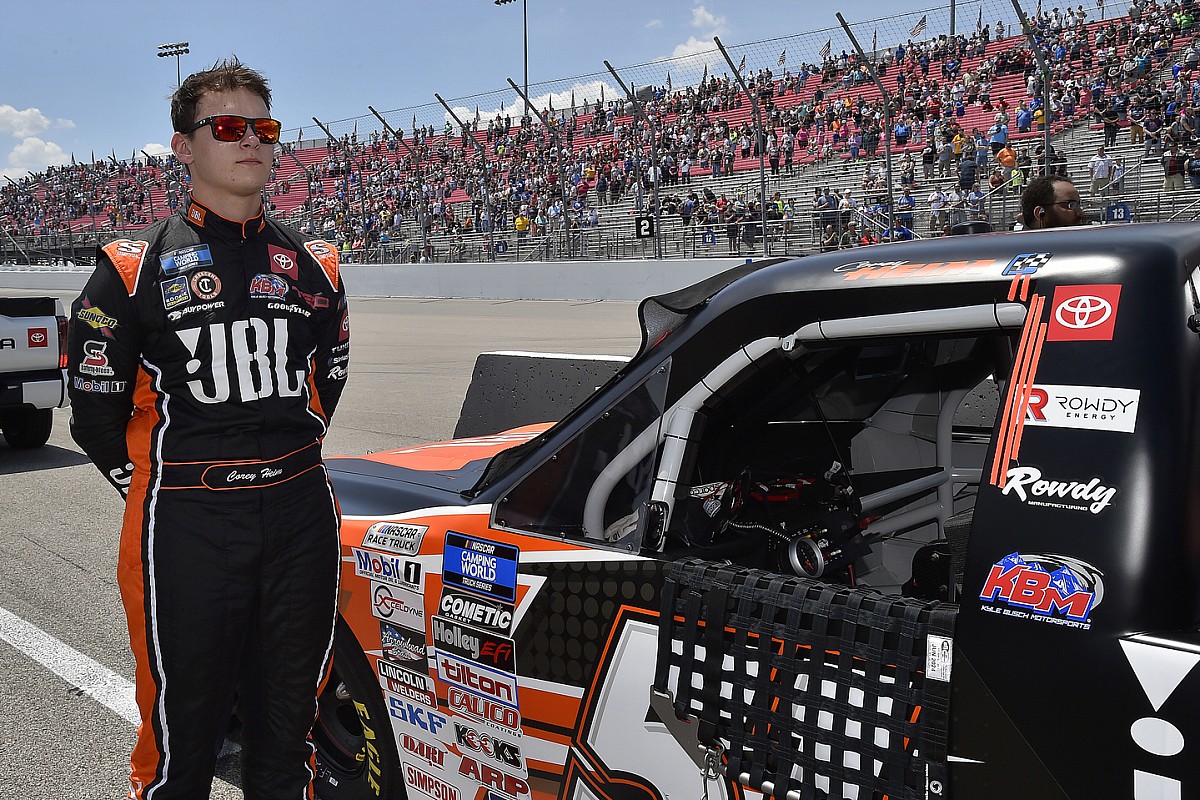 While Friday practice session at Mid-Ohio Sports Car Course took place in predominantly dry condition, when it came to qualifying, it finally began raining and NASCAR elected to hold the session with rain tires.

Between the two 15-minute group sessions in Round 1, there were nearly two dozen incidents of trucks spinning out, running off-course or wrecking.

NASCAR elected to cancel the final round of qualifying due to standing water on the track and awarded the pole to Heim, whose lap in the Group B session (69.181 mph) ended up the fastest.

Heim’s lap was more than 23 mph slower than Zane Smith’s quick lap in practice, which took place on a dry track.

Saturday’s race is the final of three in the Triple Truck Challenge, which pays a $50,000 bonus to the winner. Since Heim, 20, won one of the previous two Challenge races (Gateway), he will collect an extra $150,000 if he claims his third win of the 2022 season.

“We had some pretty good dry laps in practice and I think I have a pretty good idea how it will be (tomorrow),” Heim said. “I think we made a lot of progress.

“Track position is key here. I ran a TA (Trans-Am) 2 race here a couple weeks ago. I started in the 15th or 16th range and it was really, really hard to pass.”