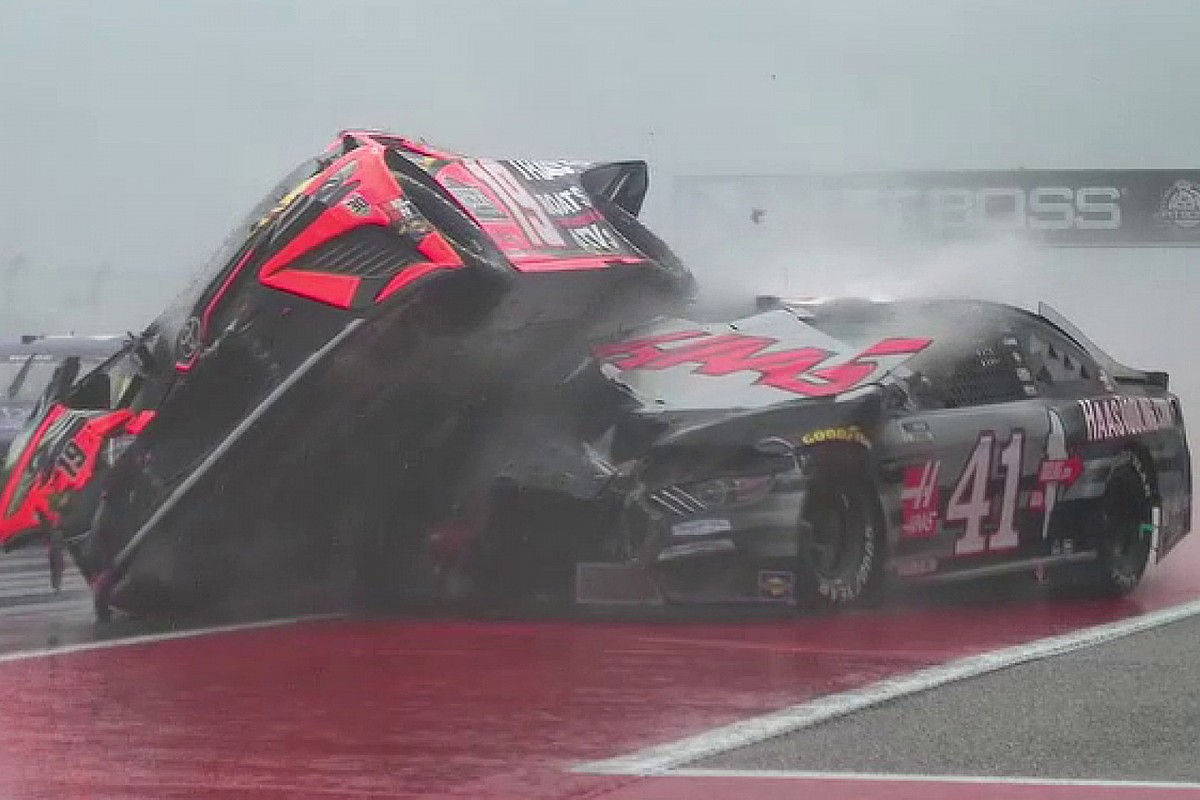 On Lap 17 of the race, Christopher Bell ran into the back of Ryan Blaney and spun out. Behind, Kevin Harvick slowed down to avoid the incident.

Due to low visibility, Bubba Wallace continued on unaware of what was happening ahead. He ran into the back of Harvick’s car, destroying both race cars.

Harvick was furious after retiring from the event, saying afterwards: “We don’t have any business being out in the rain, period.  All I can say is this is the worst decision that we’ve ever made in our sport that I’ve been a part of, and I’ve never felt more unsafe in my whole racing career, period.”

Just a few laps later, Martin Truex Jr. got into the back of Michael McDowell and sustained significant front-end damage. Again, due to low visibility, Cole Custer could not see what was happening and slammed into the back of the Joe Gibbs Racing driver.

Truex’s car went airborne, and Custer’s ignited into flames after a secondary impact with the barrier lining the straightaway. Both were able to climb from their cars, unhurt.

The incident forced a red flag as NASCAR deployed the Air Titans in an attempt to improve track conditions. The race remained stopped for 20 minutes and 53 seconds.

“I don’t know, I couldn’t see anything,” said Truex after being released from the infield care center. “Going down the backstretch just trying to stay on the road and next thing I know, I saw a taillight and it was on my hood in a split second. You just can’t see anything out there.

He continued, “I don’t know what happened up ahead. If there was a car sitting in the track or slow or what was happening. You can’t see. Just wide open in third gear and next thing there’s a car on my hood, it’s not a good feeling. I’m trying to stay in the gas and keep going. I want to get out of that area and through the braking zone because I knew I was going to get hit again and the next thing I knew, I got hit so hard that I was 10-feet in the air. I don’t know. Just wild.

“Hopefully, everybody else is okay, that’s the most important thing. Just a mess, you can’t see anything.”

NASCAR has since changed restarts to single-file.