Harrison Burton steps up to Cup: “I’ve worked for this my whole life”

Burton, 20, is the fourth member of his family to make it to the top level of NASCAR. In fact, he made his debut earlier this year at Talladega where he finished 20th.

His father Jeff won 21 times in a Cup career spanning over two decades while his uncle Ward won five races including the 2002 Daytona 500.

His cousin Jeb, who he currently competes against in the Xifinity Series, also has 33 NCS starts. Additionally, all four have won races in the Xfinity Series.

“For me, it’s humbling, it’s exciting,” said Burton as he looks to continue a family tradition. “How can you not be excited? I’ve worked for this my whole life. I’ve been through a lot of ups and downs in my career. I’ve enjoyed some success in the Xfinity Series and I’ve really worked hard to get here and I’m just really proud of the fact I was able to get to a spot like the Wood Brothers with the alliance with Team Penske. Those two organizations together is such a strong combination and you add Ford Performance on top of that, it’s gonna be an exciting opportunity for me. The Next Gen car adds an element of unknown and some fun to it and I couldn’t have thought of a better group of people to make my first jump into Cup racing with and I’m just really, really excited to kind of live out my childhood dreams and go try and beat the best in the world.” 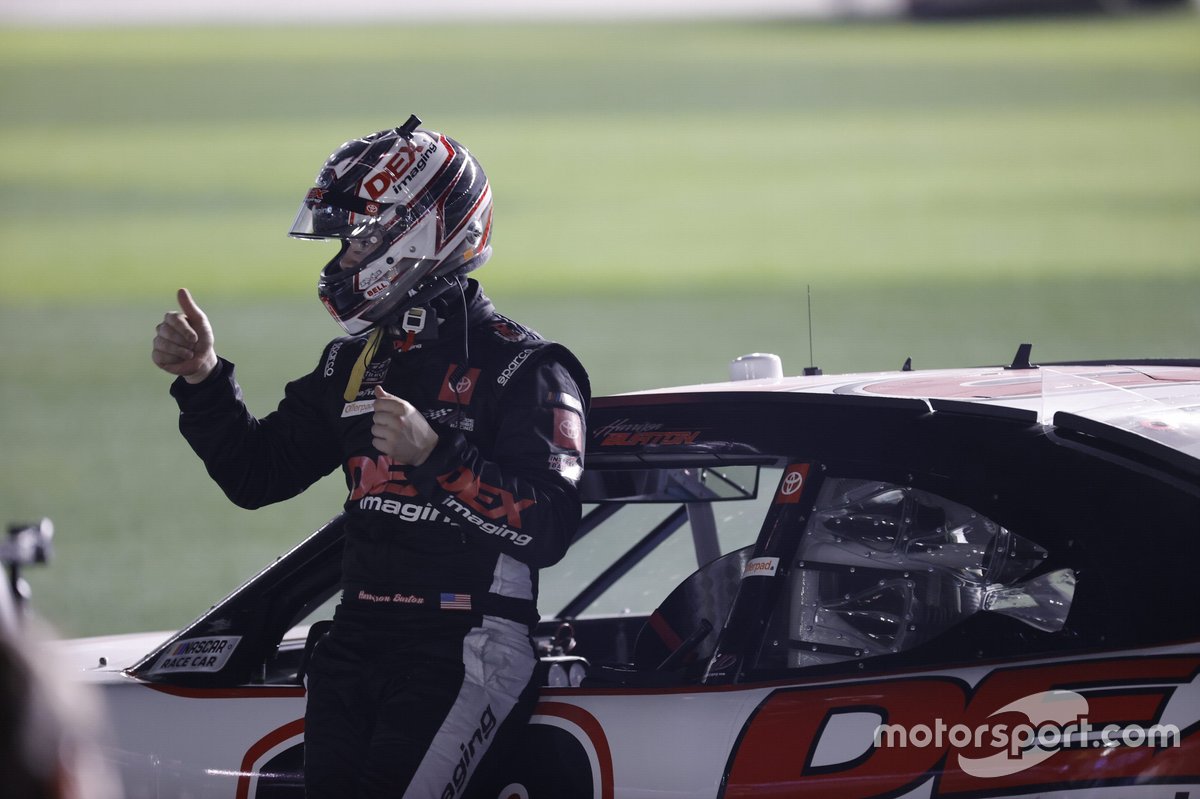 The young racer joins with a very oriented race team in the legendary Wood Brothers organization, who have been a part of the sport since its beginnings in post-World War II America.

Co-owner Eddie Wood expressed excitement in having a member of another iconic racing family driving their cars.

“That’s really a cool part of this,” said Wood. “Obviously, we come from a racing family that goes back generations and the Burton family as well. Harrison has got a lot of people to pull from in his family. He’s got his dad, Jeff, and his uncle Ward raced. Jeff and Ward won a number of races and then there’s Jeb, his cousin, so the family part of it I think is really important because there’s more downs in this business than there are ups, and the ups are so good when you get them that it kind of weighs itself out that you forget about the bad, but it takes a strong family to get through life.

“As owners, I’ve worked on race cars, my brother and got kids that raced and our dad raced, so I know that side of it, but the driver side is really, really hard and drivers need a lot of support and I think the family, I know Jeff and Kim, all of those just a really strong bond and then you through in Ward and Jeb and just a whole group of people and I think it’s really gonna be good.”

DiBenedetto the odd man out

Burton’s promotion to the Cup Series was part of an announcement from Team Penske and Ford Performance that includes Austin Cindric’s move into the No. 2 Penske Ford for the 2022 season while current driver Brad Keselowski likely heads to Roush-Fenway in a driver/owner position.

Unfortunately, this leaves Matt DiBenedetto out of a ride at season’s end.

Wood said that in discussions with their partners at Penske and Ford, they felt the introduction of the Next Generation car was a good time to bring in a rookie like Burton as everyone starts with a clean slate. However, the team is still committed to DiBenedetto as they search for their elusive 100th win as a race team.

“Everybody who has ever driven our car becomes family and we view Matt as family,” said Wood. “Everybody knows Matt. Everybody loves Matt. Matt’s a great driver. He’s a great person, got a great big heart — got big arms, too — but it’s just a thing that we viewed that as we get through the year.  We give our best effort. He’s gonna give his best effort and that way when it comes time to say goodbye and thank you, that’ll happen, but Matt will always be a part of our family.  I’m in the museum now. You can go look on our walls. Every driver who has ever driven for us is in here and, like I said, he’ll always be family.”

DiBenedetto released an emotional video following the news as he once again finds himself searching for a ride. The soon-to-be 30-year-old has over 200 starts in the Cup Series with two runner-up results, several other close calls but no wins yet.

The decision to join Ford was a major turn for Burton, who has risen through the ranks as a Toyota Racing developmental driver since he was 13 years old. With them, he’s won four Xfinity Series races, three ARCA races and a K&N Pro Series East division title.

But Toyota has a lot of drivers in their ranks and not many options in the Cup Series at the moment. At the end of last year, Erik Jones was let go to make room for Christopher Bell.

Burton says that it was “easy conversation” in the end. “The Toyota family has been really supportive of me and even though I’m moving to the Ford Performance group, which I’m obviously super ecstatic about, they’ve also supported me in that move. They understand it’s a great move for me and they understand and are just happy for me as a person.  Obviously, it’s a little bit sad. I’ve been with them since I was 13, so I’ve kind of grown up around a lot of those people and to race for another team is exciting.

“I have no regrets about that decision at all.  It’s gonna be an amazing group of people. I’m more than excited to work with Ford and to work with the Wood Brothers and to work with Team Penske — all of those things put together is just amazing, but when you leave people that you’ve worked around for a long time it’s obviously a little emotional. At the end of the day it’s the racing business and the people at Toyota are happy for me and that’s really all I can ask for is a group of people that’s there for me and Toyota and now Ford have both done that.”