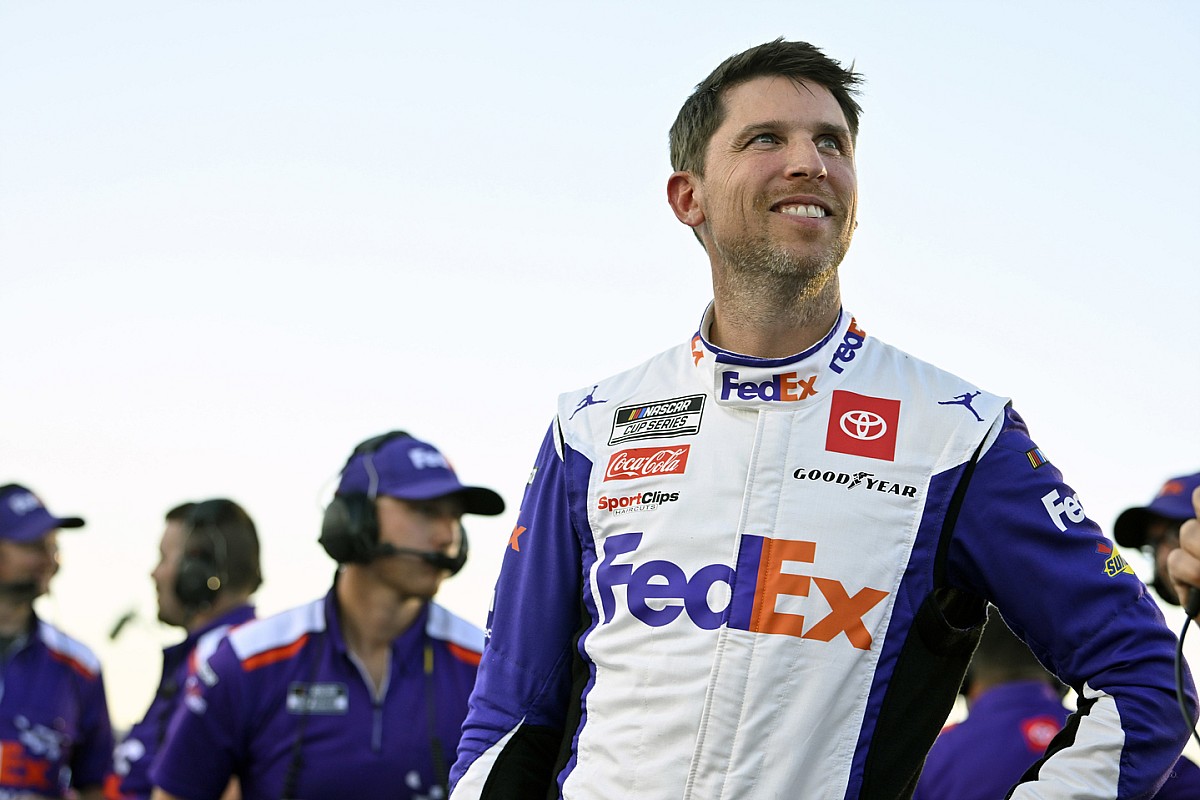 Shortly after the conclusion of the first round of qualifying, a heavy rain shower popped up near Nashville (Tenn.) Superspeedway and drenched the track.

NASCAR was forced to cancel the final round and Hamlin was awarded the pole for Sunday’s race based on his fastest average lap speed in Round 1 (160.413 mph).

The pole is the second of the season for Hamlin and 35th of his career.

Logano ended up fastest in average lap speed (160.107 mph) among the drivers in the second qualifying group.

Also advancing to the final round were Blaney and Harvick.

Among those who failed to advance to the final round were Alex Bowman, William Byron and Bubba Wallace, who was fastest in Friday’s lone Cup practice session.

Nearly 12 minutes into the Group B session, Kyle Busch spun in Turn 4 during his qualifying lap and backed his No. 18 Toyota into the wall.

It appeared Busch’s Joe Gibbs Racing team was going to attempt to repair his car and avoid moving to a backup car.

Hamlin led the way among drivers in the first qualifying group, turning an average lap speed of 160.413 mph.

Suarez, the winner of the series’ most recent race at Sonoma, Calif., ended up second-fastest (159.877 mph) while his Trackhouse Racing teammate, Chastain, was third (159.722 mph).

Also advancing to the final round were Bell and Truex.

Among those failing to advance were Chase Briscoe, Erik Jones and Chris Buescher.