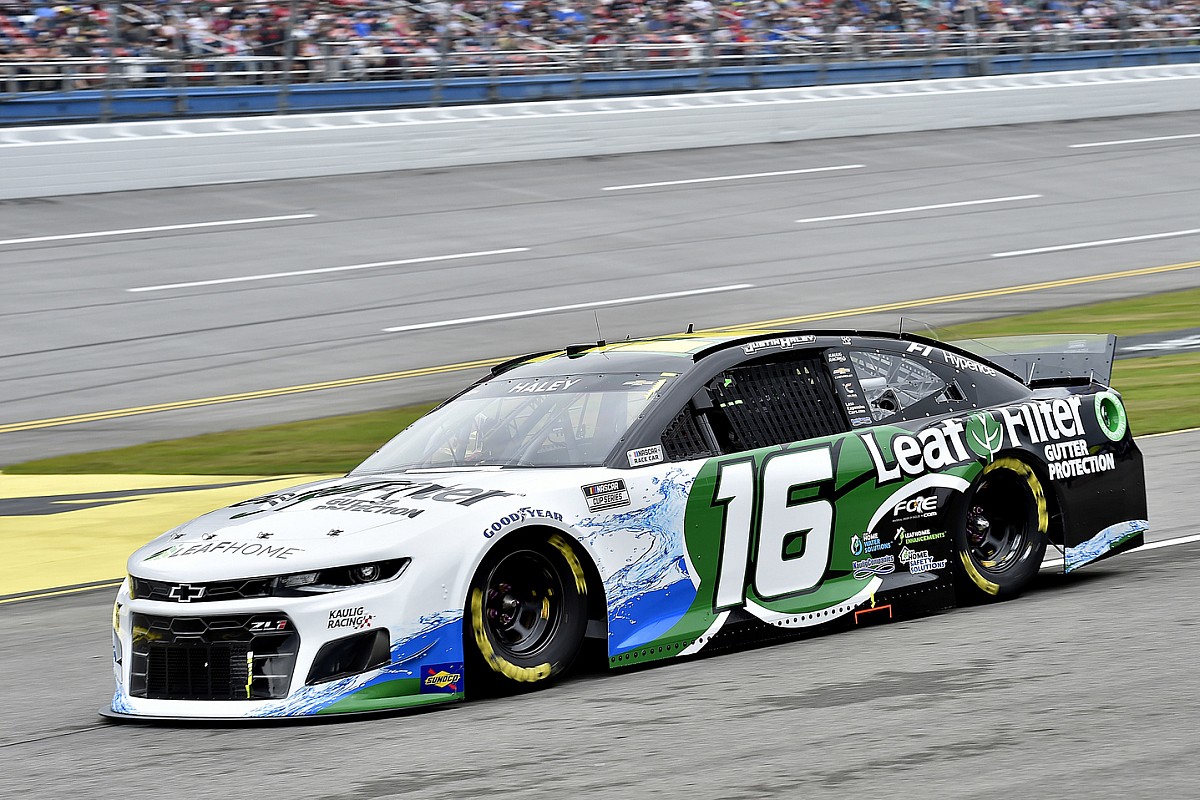 Kaulig originally purchased two charters in the Cup series but had only announced a part-time schedule for its Xfinity driver A.J. Allmendinger.

On Tuesday, the organization announced it would run the No. 16 Chevrolet team fulltime and fellow Xfinity drivers Noah Gragson and Daniel Hemric would fill out the 36-race schedule. Gragson, Hemric and Allmendinger were three of the four Xfinity drivers to advance to the Championship 4 in the 2021 season.

Justin Haley will compete fulltime in Cup for Kaulig but his car number has not yet been finalized.

“We think our roster for the 2022 season features some great drivers,” said team president, Chris Rice. “Having three out of the four Xfinity Series championship contenders helping to build our new Cup Series program, is truly a tremendous opportunity for this Kaulig Racing team.

“While these guys have been fierce competitors for the last few years, having them bring that same tenacity as teammates will be extremely fun to watch and a great way for this team to grow in its first, full season in the Cup Series.”

Hemric, the 2021 Xfinity champion who joined Kaulig in the offseason, will make his first return to the Cup series since winning that series’ rookie honors in 2019.

“I have had the chance to race against some great drivers over the past few years,” said Hemric. “AJ is a great competitor, who can win on any track, and Noah and I have been teammates in the past at JR Motorsports. Each of us are different, but seeing how intense both A.J. and Noah are as professionals gets me excited for this upcoming season.

“Now, we have the opportunity to be able to lean on each other and try to build a program here at Kaulig Racing at the highest level of our sport.”

Gragson, who will continue to compete in the Xfinity Series with JR Motorsports, will compete in 14 Cup races for Kaulig.

“This is a really unique opportunity I have with Kaulig Racing to be able to share the No. 16 with two of my biggest competitors in the Xfinity Series,” said Gragson. “I’ve had the chance to work with Daniel before, but it will be a new experience working with AJ.

“We’ve raced against each other for a few years now, and I think working as teammates will only help us get better as drivers.”