In the end, Truex cleared Hamlin with 15 of 500 laps remaining and held off Chase Elliott to become the Cup Series’ first two-time winner of the 2021 season. 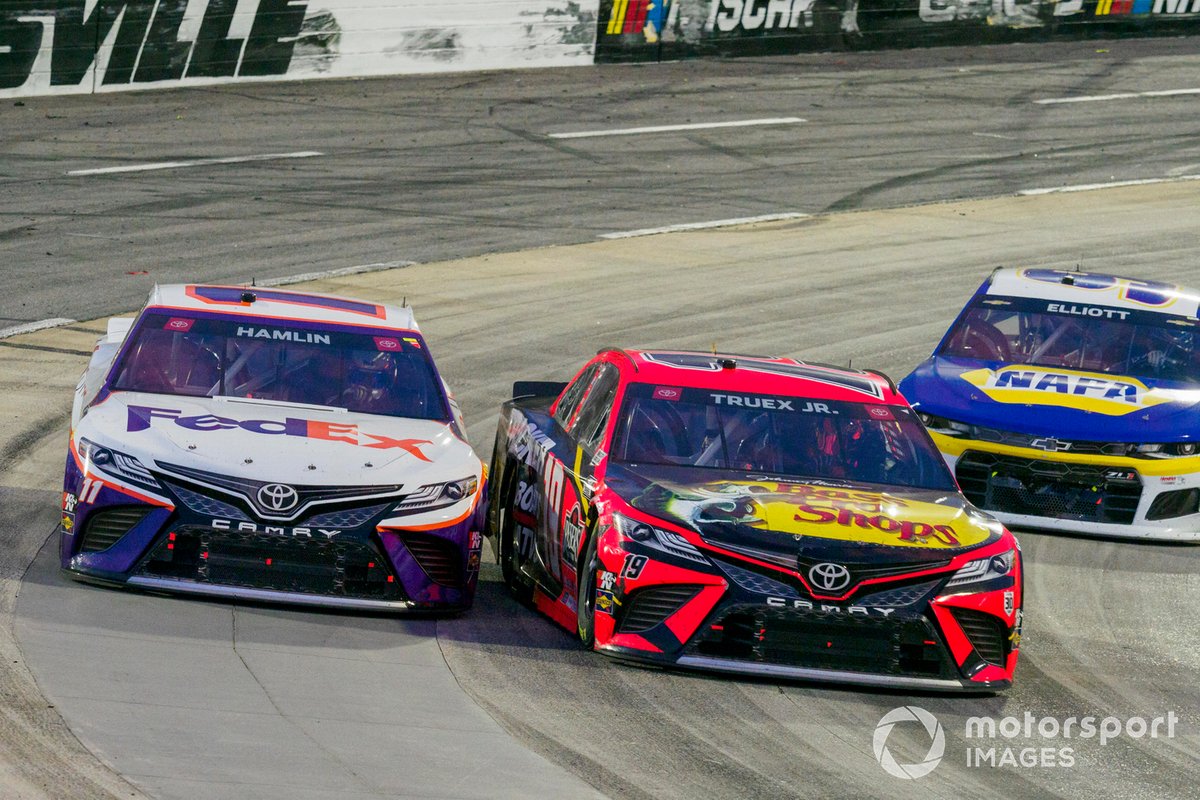 Gibbs said his biggest fear is two of his drivers racing for the win, ending up taking each other out.

“Let me say this: it has happened, okay? It’s happened a number of times over the years with us. Of course, what you realize is each one of the drivers, each one of our sponsors, the crew chiefs, everybody on that team is so important to the individual teams,” Gibbs explained.

“We’re back at the race shop, we act as one big team. But when you get to the race track, when it gets down to actually the race, at the end of the race, it is each one of our teams, they want to win for their sponsor and for their career and everything that’s wrapped up in it.”

That is when he starts to worry, Gibbs said.

“That’s the most nervous that I get in the race, is when two of our guys are up front like that,” he said. “The whole time I’m praying, ‘Just don’t wreck each other.’ I got to admit that.”

One of the more recent incidents involved Kyle Busch and Truex, when he was racing as a pseudo-teammate to Busch at Furniture Row Racing, in 2017 at Indianapolis Motor Speedway.

Busch had led 87 laps in the race. Truex led eight and an agreement on previous restarts had seen the leader opt for the outside and be allowed to drop to the inside by the second-place driver. That agreement apparently ended prior to a restart on Lap 111 of the scheduled 160-lap race.

Truex, the race leader, restarted on the inside but appeared to slip up and into Busch on the restart as the two cars rolled into Turn 1. Busch’s car backed into the outside wall, where it was hit by Truex, then slid down the track.

Both drivers’ chances at the win were gone.

Sunday at Martinsville, however, saw a much cleaner finish.

After the race Truex said Gibbs would be happy because he and Hamlin had “played nice.”

“Here it was obvious that we were quite a bit faster at that point when I caught (Hamlin). He was racing as hard as he could to keep us back,” Truex said. “I knew if I was patient, I was going to be able to complete the pass.

“I’ve never really knocked a teammate out of the way. I don’t know there is a right time to do it. I guess it just depends on how you race each other normally, what your relationship is.”