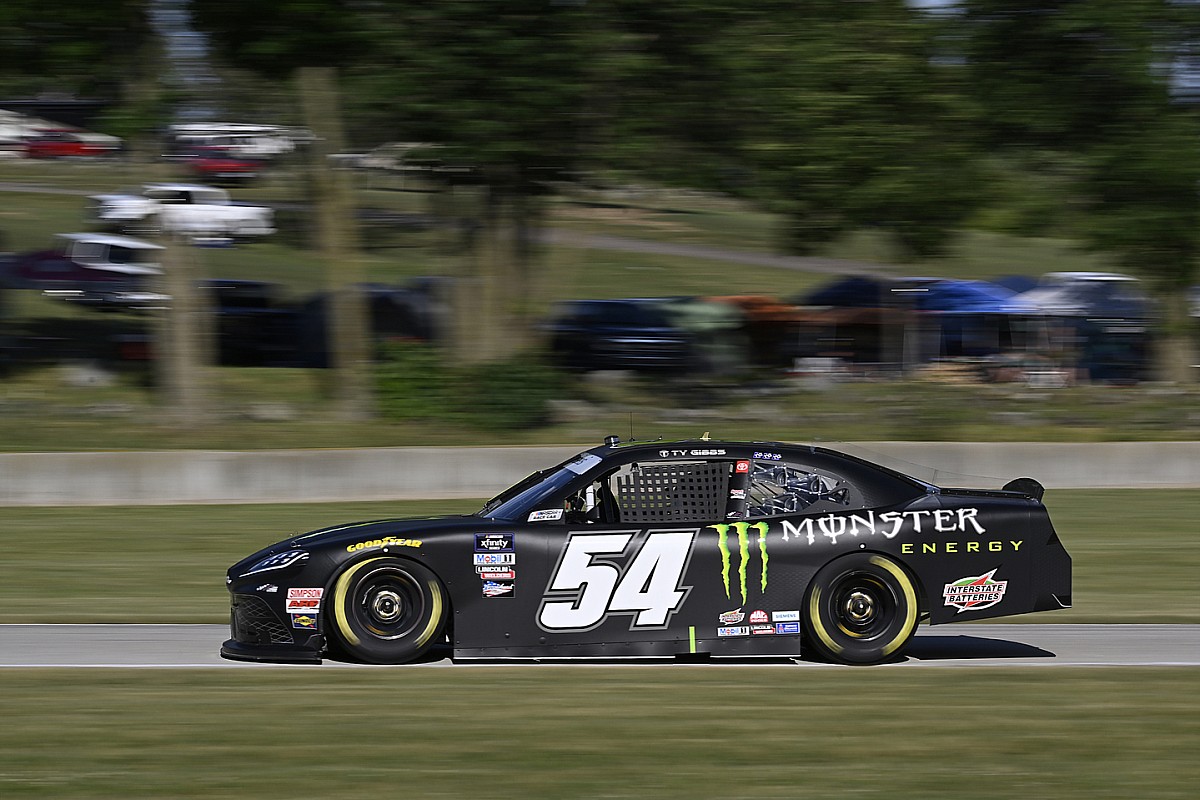 Gibbs took on the reigning Cup Series champion and prevailed in a thrilling battle during NASCAR Overtime.

In claiming his eighth career NXS victory and fourth of the season, Gibbs beat one of the best drivers the Cup Series has to offer.

“This is just awesome,” said Gibbs post-race. “I can’t believe it. This is just wonderful.

“I think we were a little bit faster in the first half of the track … Hopefully, a lot of people were watching. It’s cool to be here, a cool race against some Cup Series guys. Hopefully, that says something.”

Larson, who finished a close second, was impressed with Gibbs’s clean racing and decided to return the favor on the final lap as the duo battled into the final set of corners.

“He was able to pass me without laying a bumper on me at all,” said Larson. “When he passed me clean, I felt like I should not use him up, like we’ve seen others do when they get passed for the lead late. He ran me clean, and I was going to run him clean. It just didn’t work out for me.”

Larson led the race from the initial start after securing pole position. He, Gibbs and Custer were the show for the majority of the race.

While the reigning Cup Series champion led the way early, Gibbs and Custer went back-and-forth for the rights to second-place.

Tyler Reddick was penalized for driving through too many pit boxes during a green-flag pit stop, putting him deep in the field.

Anthony Alfredo and Andy Lally went spinning after contact, but the first caution of the race didn’t fly until Brett Moffitt got stuck in the gravel trap.

Gibbs and teammate Jones were among a group of drivers who stayed out, and led the way for the start of Stage 2. Larson restarted back in 16th.

AJ Allmendinger, who started from the last row and was among those who stayed out during the stage break, snatched the lead with an outside pass into Turn 5. However, Gibbs took it back soon after.

Back in the pack, Sam Mayer found himself off-track and taking a detour through the gravel while Alfredo cut down a tire and was forced to limp it back to the pits.

Gibbs and the other drivers who stayed out during the first stage break were all forced to pit under green, allowing Larson to easily take the stage victory.

Larson continued to lead while Gibbs restarted back in tenth for the start of the final stage.

The green-running did not last long. A tense battle for position between Noah Gragson and Sage Karam ended with Gragson turning Karam on a straightaway. The result was a massive accident, collecting several cars.

During the lengthy cleanup, Allmendinger was caught speeding on pit road when he, Larson and several other frontrunners pitted.

Larson restarted in fifth, but quickly found his way to the front. However, it was Custer who passed then Larson and took control of the race.

Chris Dyson crashed heavily after what appeared to be a brake failure, bringing out another caution flag.

Almost the entire field pitted, but three drivers did stay out. Larson found hid way through the slower cars immediately, but his main rivals struggled to do the same.

Larson appeared to be cruising to the race win when Custer crashed into the wall in Turn 5, suffering brake failure. He was running third.

The incident forced the race into overtime and set-up a two-lap dash to the checkered flag. Larson and Gibbs battled back-and-forth with the 19-year-old emerging victorious after a thrilling battle.