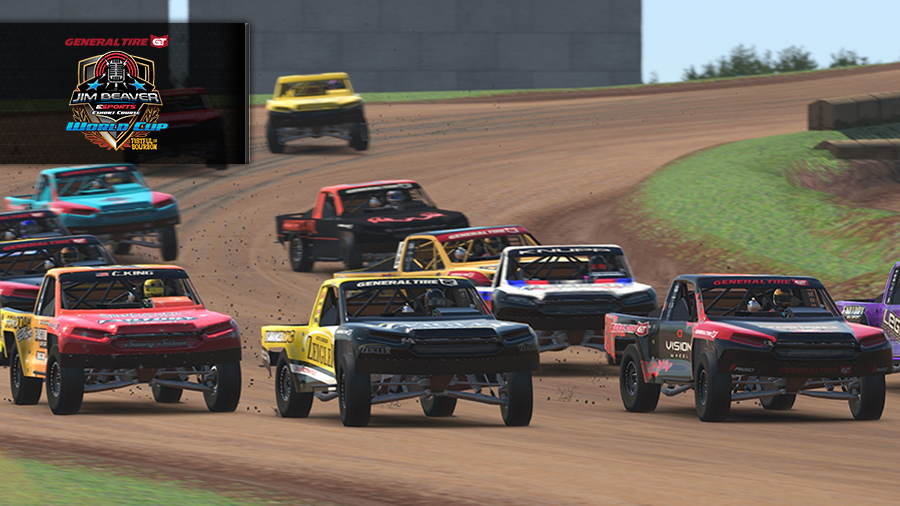 The third annual eShort Course World Cup pits the world’s best sim racers head-to-head with top celebrity racers in a two-race showdown for ultimate short course glory. The action kicks off with the rear-wheel drive Pro 2s doing battle at Bark River International Raceway, before making the switch to the all-wheel drive Pro 4s at Wild West Motorsports Park. With every driver running the same setup and inverts at the front of the field in each race, the playing field is as even as it gets among the 24 invited drivers in the opening round.

Whichever driver scores the most points across two rounds of qualifying, heat races, and features is declared the 2022 eShort Course World Cup champion. In the inaugural event in spring 2020 under the original four-race format, Cam Pedersen swept all four races to make sim racing history; last year, Holden Heitritter added his name to the list. Pedersen will look to regain his crown in 2022 against a stacked list of drivers including Connor Barry, Josh Edmundson, Keaton Swane, Connor Parise, Luke Knupp, and dozens of other top off-road sim racers.

Tune in to the CBS Sports Network on Sunday, February 27 at 1PM ET/10AM PT for exclusive television coverage of the 2022 Jim Beaver eSports General Tire eShort Course World Cup presented by Fistful of Bourbon. Following the CBSSN broadcasts, races will be available for on-demand viewing on iRacing’s YouTube channel.