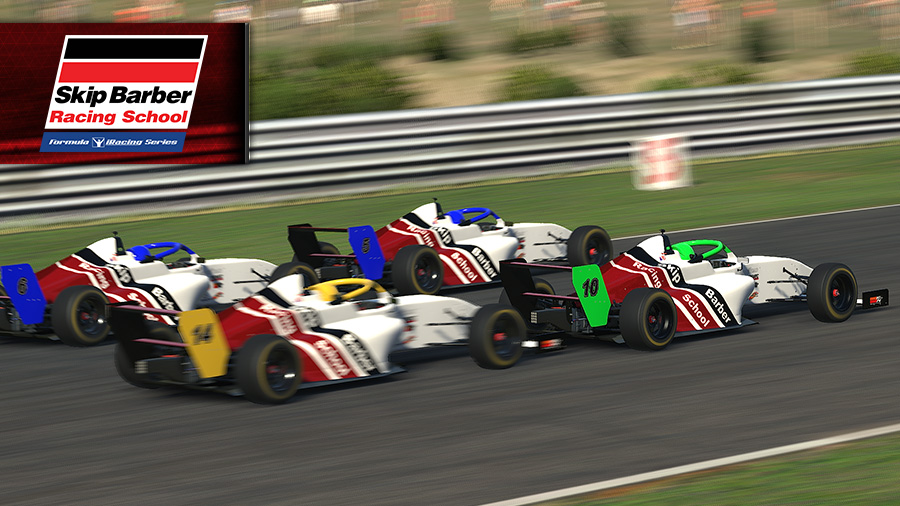 Mikkel Gade and Deagen Fairclough took the checkered flags in the Skip Barber Formula iRacing Series double feature at VIRginia International Raceway on Sunday. Gade kicked off the day by winning his third race in a row in the unique series featuring the iRacing Formula iR-04, and was looking to score his fourth before a final-lap kerfuffle that broke Fairclough’s way.

Gade dominated the opening event at Lime Rock Park by leading every lap of both features, but was the beneficiary of a tangle between polesitter Fairclough, Harley Haughton, and Salva Talens in Sunday’s first race. As that trio got tangled up, he managed to avoid the drama and slip away to another victory, holding off Elvis Rankin by .207 seconds at the end to complete the hat trick.

Drivers would retain their finishing spots from the first feature for the start of the second, but Fairclough wouldn’t be denied a return to the front. Despite starting 15th, he’d make his way into the top 10 in the first lap, and would pick off other competitors one by one before shadowing Gade and Rankin in their battle for the lead on the final lap. As those two made contact, Fairclough would duck through the grass and avoid making contact with the retaining wall. That lead trio’s gap on the rest of the field was so large that Fairclough’s margin of victory was more than two seconds over Patrick Woods-Toth.