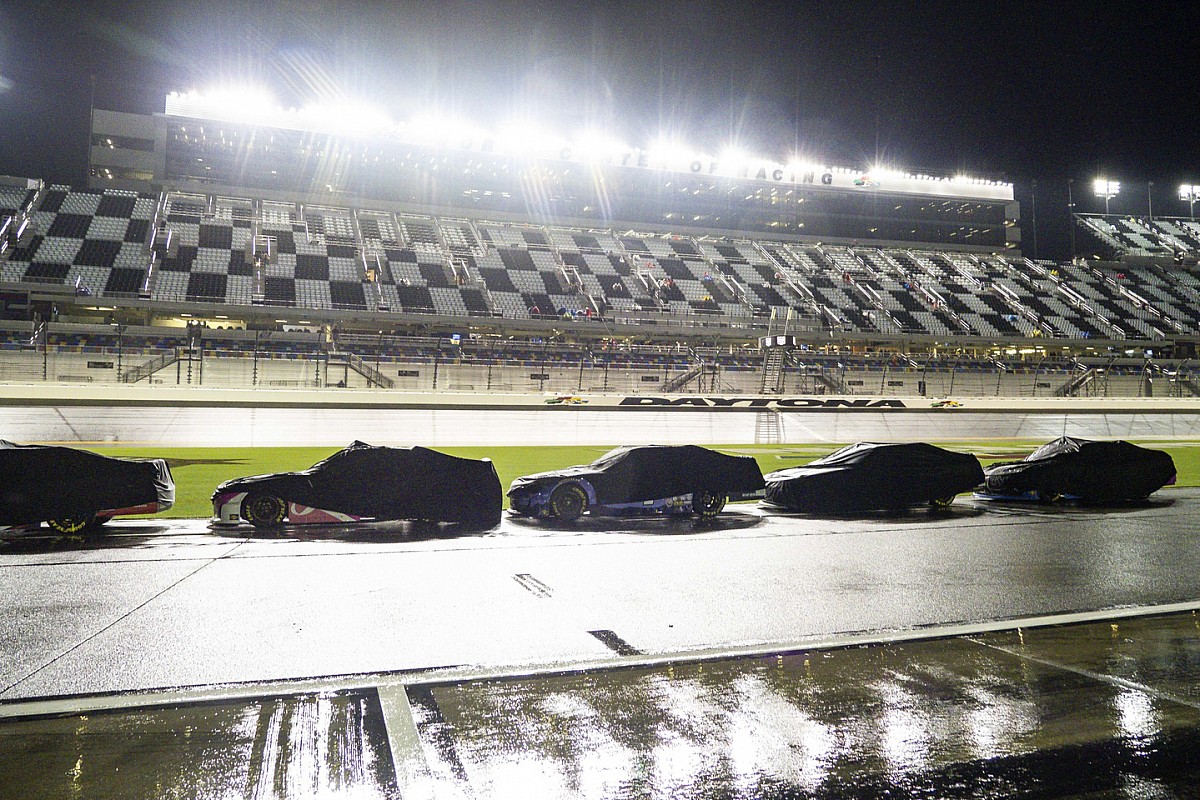 Only 19 of the scheduled 100 laps were completed Friday night before persistent heavy rain, thunder and lightning caused NASCAR officials to call the race.

It will resume at 12:30 p.m. ET Saturday with live coverage on NBC Sports Network. The move sets up a doubleheader Saturday as the Cup Series race is slated for a 7 p.m. ET starts on NBC.

A.J. Allmendinger started the race on the pole and led the first three laps until Noah Gragson got around him in Turns 1 and 2 to lead Lap 4.

Allmendinger passed Gragson to reclaim the lead on Lap 5.

Brandon Jones was forced to pit on Lap 9 when the water pressure pegged on his No. 19 Toyota. He ended up having to take his car to the garage with an overheated engine.

Gragson got back around Allmendinger to retake the lead on Lap 14.

On Lap 16, NASCAR displayed a competition caution to allow teams to check tire wear. Several of the lead-lap cars hit pit road but Allmendinger stayed on the track and inherited the lead.

Just as the field was about to return to green-flag racing conditions, rain enveloped the speedway and brought out a red flag on Lap 20.