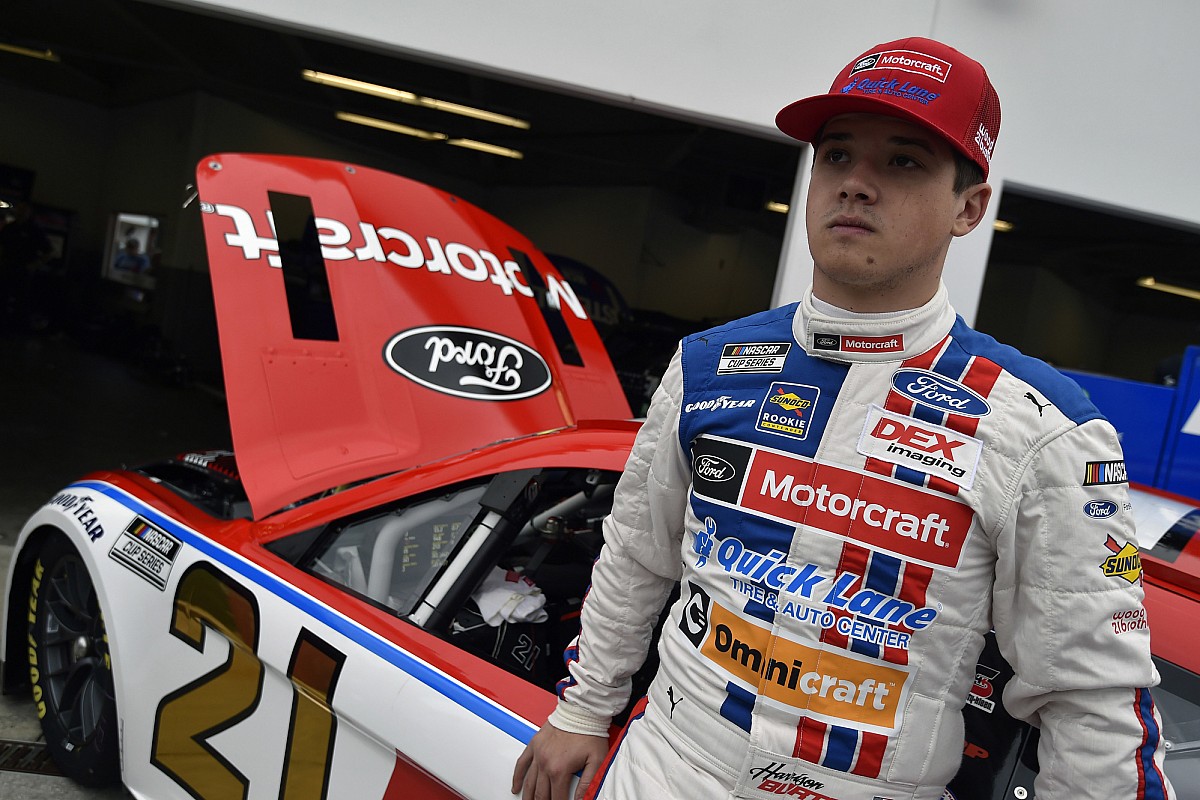 Only 19 of the 40 starters in the race elected to participate in the session, which got off to a late start due to early morning shower.

However, Fords – as they have throughout the week – continued to lead the way with rookie Harrison Burton posting the fastest average lap speed (188.355 mph) while participating in a draft with other Ford drivers midway through the session.

“It feels ready,” Burton said of his No. 21 Ford, which sustained damage in Thursday night’s qualifying race. “It’s just a testament to these Wood Brothers guys. We hit (Joey Logano) pretty hard and pretty much had to redo the whole front end of the race car.

“It took us the whole day yesterday to do it – took our time and got ourselves right, obviously. We’ve got good speed. The handling seems pretty good. It’s kind of hard to tell until you get out there.

“The real big pack is always different than a pack of four (cars), so I’m trying to relay as much information as I can.”

Joey Logano, already in a backup car due to a wreck in Thursday night’s second qualifying race, ended up second-fastest (188.323 mph) while Austin Cindric was third (188..264 mph). Kevin Harvick was fourth and Chase Briscoe fifth.

In all, Ford drivers claimed the top-eight positions but several Toyota and Chevrolet teams elected not to participate.