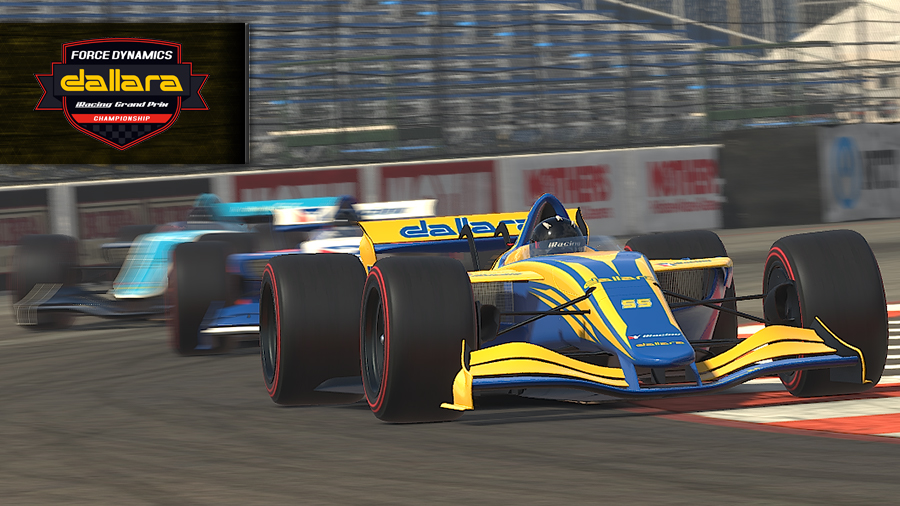 Top-tier open-wheel racing is back on the pro series menu at iRacing, as the Force Dynamics Dallara iRacing Grand Prix Championship kicks off its 10-race season today from Watkins Glen International. The race can be seen live starting at 3PM ET/19:00 GMT at iRacing.com/live and across iRacing’s full slate of social media channels.

The new series features the Dallara iR-01, a unique grand prix car developed in tandem by Dallara and iRacing for the specific purpose of top-tier esports competition. The car features the same 3.0-liter V10 powerplant that dominated the sport through the late 1990s and early 2000s, as well as a simplified driving experience that minimizes driver aids. The result is a car that’s easy to drive, but difficult to master, and a fresh new take on open-wheel racing for the world’s best iRacers.

The home track of series title sponsor Force Dynamics, Watkins Glen kicks off the 10-race schedule and chase towards $25,000. The series visits three continents in its first three rounds, jumping to Circuit de Spa-Francorchamps in Belgium next week before heading to Brazil’s Autodromo Jose Carlos Pace for the third round, and adds a fourth with the penultimate round from Suzuka International Racing Course in mid-November. The season wraps up on November 18 with a visit to Road Atlanta, where the champion will secure a $10,000 grand prize.

The driver lineup is similarly international, with plenty of names that sim racing fans will either recognize from iRacing’s past grand prix series or other modern pro series. Peter Berryman leads the former list, having finished fifth overall in the most recent Grand Prix World Championship in 2018 with a run of five straight midseason podiums. Marcus Jensen, who tied for eighth in points that year, is also back.

Among the drivers known for their efforts in other series are longtime eNASCAR Coca-Cola iRacing Series driver Jarl Teien and Porsche TAG Heuer Esports Supercup veteran Brian Lockwood. They’ll be joined by Yohann Harth, who finished his second Porsche season earlier this year and will also be defending his iRacing Rallycross World Championship title when that season begins next week.