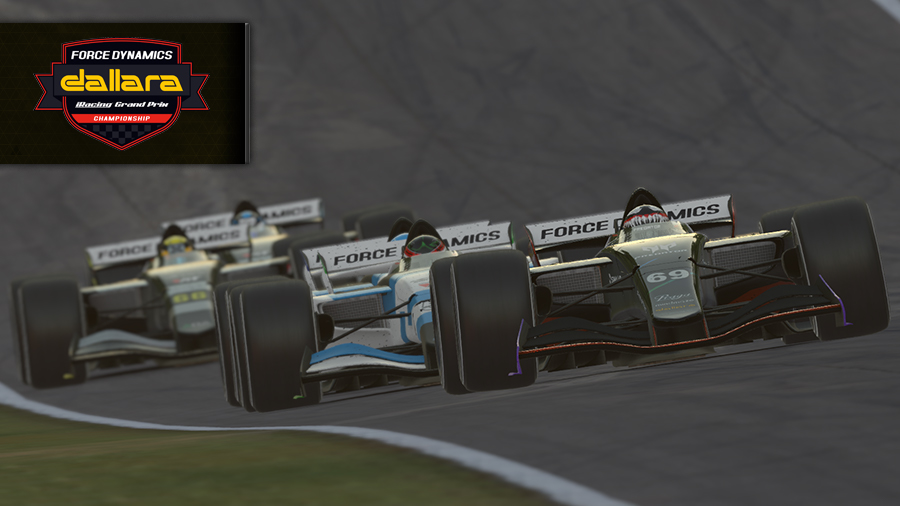 The halfway point of the inaugural Force Dynamics Dallara iRacing Grand Prix Championship sees the series head to the longtime home of the British Grand Prix, as Silverstone Circuit plays host to 26 of the world’s best open wheel sim racers in round five of the 10-round championship. The race can be seen live starting at 3PM ET/19:00 GMT at iRacing.com/live and across iRacing’s full slate of social media channels.

It’s been a thrilling battle up front all season long between a quartet of Apex Racing Team-backed drivers—points leader Peter Berryman, Yohann Harth, Michele Costantini, and Ben Fuller—and R8G Esports’ Maarten van Loozenoord. That’s the group of five that settled it amongst themselves last week at Autodromo Nazionale Monza, although it was van Loozenoord stealing the victory on the final lap thanks in part to having the freshest tires of the group.

That winning move made van Loozenoord the first repeat winner of the 2021 season, but it’s still Berryman who has the championship lead thanks to the right combination of a victory at Interlagos and a more consistent performance overall. The four top-10 finishes are what separates him from van Loozenoord, who failed to score points in Brazil and thus sits third overall and 13 out of the lead; the win is what keeps him three points clear of Harth, who has four top-five results but has yet to see a checkered flag first.

The 3.661-mile, 18-turn Silverstone will present the latest opportunity for iRGP’s 26 drivers to make a mark in the win column. With a number of full throttle corners on that layout, drivers will need to put full faith in the aerodynamic capabilities of the Dallara iR-01 to keep their 900 horsepower on track. Perhaps more challenging still for drivers in the midpack is staying out of trouble on lap one; Monza quickly bit a number of eager racers, as has been the case in many races this season, and some of the heavy braking corners early in lap one at Silverstone pose a serious threat of doing the same.