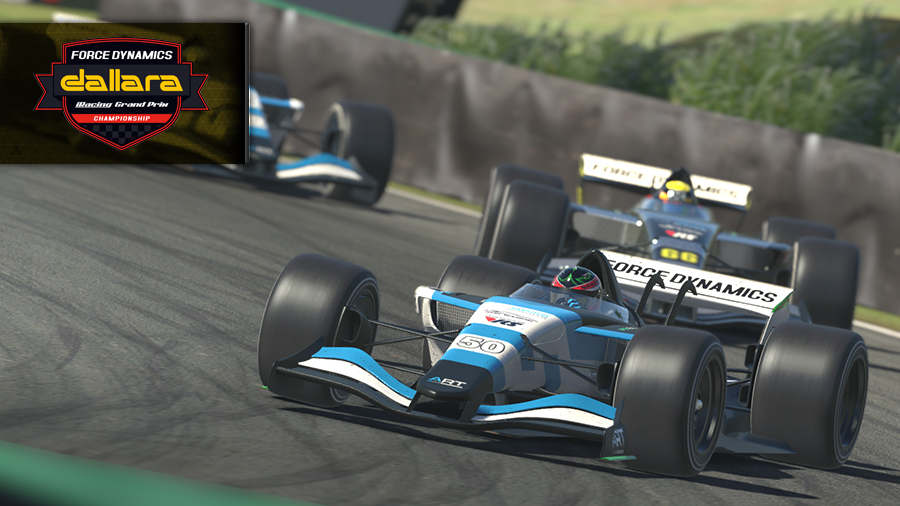 It’s been three winners in three weeks for the Force Dynamics Dallara iRacing Grand Prix Championship, with Maarten van Loozenoord on top in Watkins Glen, Michele Costantini winning at Spa, and Peter Berryman taking the checkered flag at Interlagos. This week, they’ll try to become the first repeat winner of the season at Autodromo Nazionale Monza. The race can be seen live on Thursday starting at 3PM ET/19:00 GMT at iRacing.com/live and across iRacing’s full slate of social media channels.

One of the fastest tracks in open wheel racing, Monza’s long straightaways, full-throttle corners, and heavy braking chicanes will challenge the series’ 26 drivers to be at their most precise all event long. With the winners of the first few races of the year closely trailed by multiple other capable drivers, there should be no shortage of pressure behind the leader in the closing laps, either.

Not that there’s been any shortage of it up to this point. For van Loozenoord, who qualified on the pole at Interlagos but lost the lead pack and finished outside of the points, this race represents a chance to claw back into the lead after going from one point up on the field to 17 down. Costantini has proven it’s doable, making up for an opener to forget with finishes of first and second the last two weeks; he’s now third in the standings, 10 points off the lead.

That leaves Berryman as the points leader among that group, where he’s tied for the top spot overall with teammate Yohann Harth. For Harth, a win would go a long way towards his bid to win two championships running at the same time; he’s also defending last year’s iRacing Rallycross World Championship, and coming off of third place finishes in both series last week.

Behind the top four drivers, a handful of other drivers have shown the speed to possibly break through for wins. Ben Fuller sits in fifth, joining Berryman, Harth, and Costantini as all four Apex Racing Team drivers sit in the top five, while Valentin Mandernach and Tamas Simon have shown flashes of consistency and even led laps on the way to sixth and seventh. The 25 points for a win on Thursday would all but guarantee each of them a spot in the top five in the standings going into the halfway point of the season next week at Silverstone Circuit.