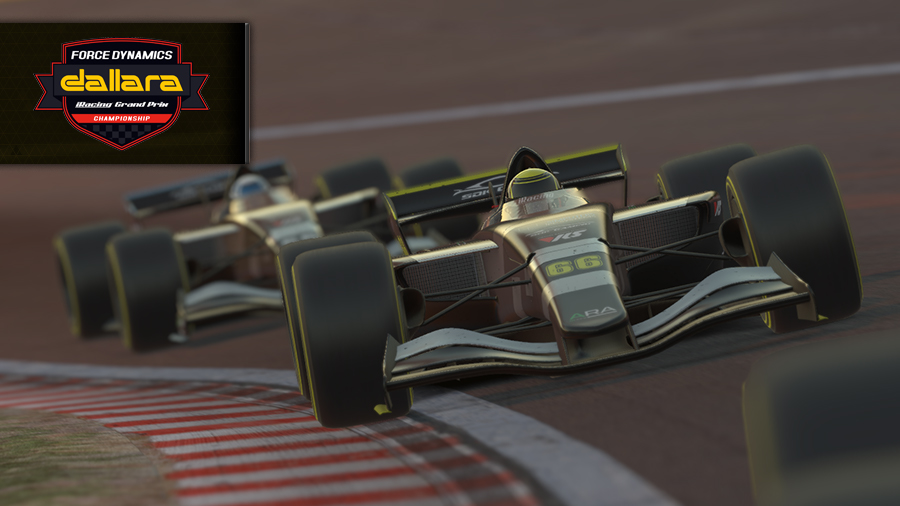 The Force Dynamics Dallara iRacing Grand Prix Championship continues its global tour of the world’s premier racing circuits in the Dallara iR-01, hitting its third continent in three weeks with a trip to Autodromo Jose Carlos Pace in Brazil. The race can be seen live starting at 3PM ET/19:00 GMT at iRacing.com/live and across iRacing’s full slate of social media channels.

The premier drivers in the series have already begun to stand out through the first two races, which saw R8G Esports’ Maarten van Loozenoord win at Watkins Glen and Apex Racing Team’s Michele Costantini take the checkered flag last week at Spa-Francorchamps. In both cases, the winning driver needed to make some aggressive moves in the closing circuits to take the checkered flag, a testament to the iR-01’s ability to make moves anywhere and at any time in the right capable hands.

Through the first two rounds, van Loozenoord has the most points with 40, while Costantini sits fourth with 26 after a disappointing finish at Watkins Glen. Between them, Yohann Harth is second at one point off the lead, as he attempts to claim both the iRGP title and his second straight iRacing Rallycross World Championship. All four Apex drivers are in the top five in points, as Peter Berryman’s runner-up finish at Watkins Glen has him in third, and Ben Fuller’s third place finish at Spa allowed him to climb to fifth in the standings.

Now, they’ll need to take on the high-speed challenge of Interlagos in an attempt to separate themselves from one another and stake a claim to the top spot moving forward. The 15-turn, 2.677-mile circuit has hosted the Brazilian Grand Prix for the better part of the last 50 years, with most of the sport’s most legendary drivers taking multiple wins here. Its multiple long straightaways and flowing hills make it one of the most fast and fun circuits in open-wheel racing.