After its debut in the non-championship Busch Light Clash at the LA Coliseum on February 6, the Next Gen car has now seen full-blooded Cup Series competition at Daytona and Fontana.

This weekend’s race, at Las Vegas Motor Speedway, is the first for the car on a 1.5-mile oval – the kind of track that makes up the majority of the schedule.

Harvick says his Stewart-Haas Racing team is ploughing through its workload nicely, having scored a Top 5 finish with Aric Almirola at Daytona and a sixth and seventh at Fontana with Almirola and Harvick respectively.

“We’re learning how to work on the car efficiently, at the track and at the shop, and that’s what I like about where we are as a group,” said Harvick. “Our group is filled with hardcore racers, and this first six weeks of racing is going to be really hardcore.”

Speaking ahead of the second race in NASCAR’s early-season West Coast swing in Sin City, Harvick believes that engineers are quickly working out which direction to take with car setups.

“There’s a lot of low-hanging fruit, and the unique thing about this car is that word travels fast as to what the fast guys are doing,” he said. “The suspension settings only have so many points that they will go to, so if you’re off and the guy next to you is six feet away, it’s not hard to look over and see where his upper A-arms are bolted in, or his lower A-arm, or whatever the case is. So, those gaps should be filled pretty quickly.” 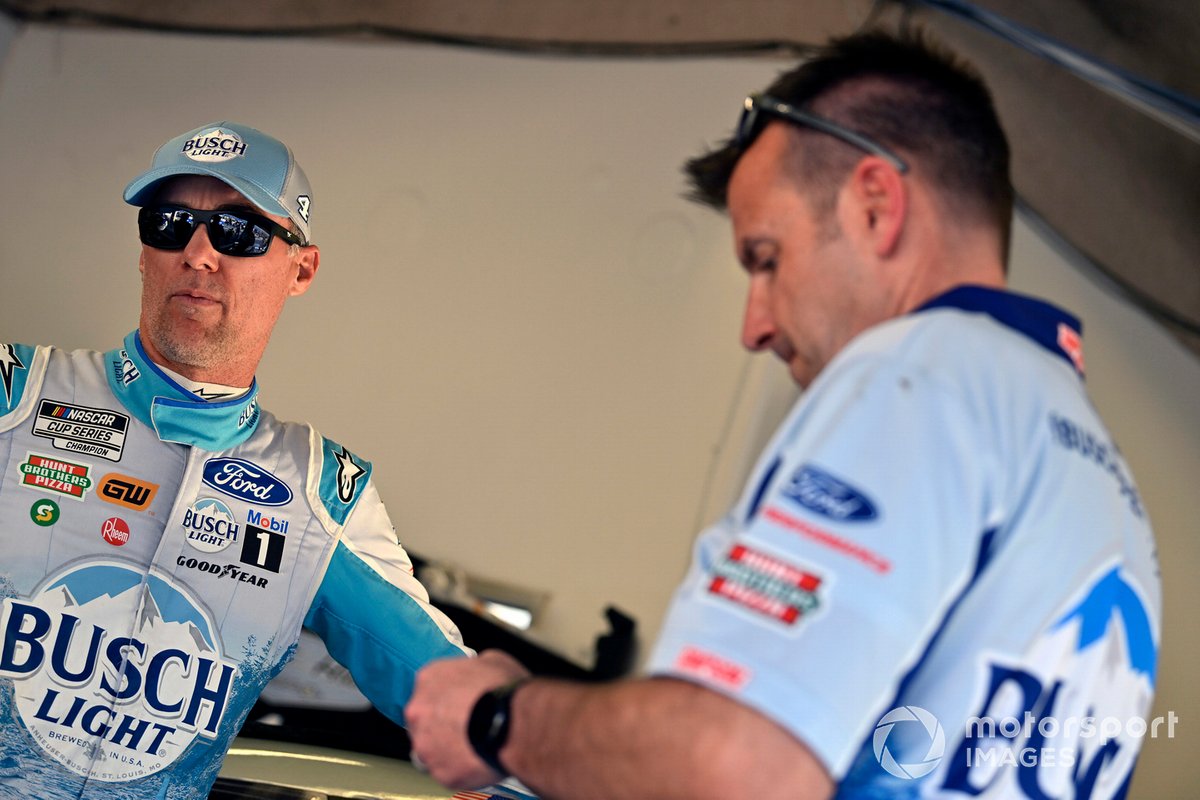 Hendrick’s Kyle Larson scored Chevrolet’s first victory of the Next Gen era last time out, following on from Team Penske Fords winning the Clash with Joey Logano and the Daytona 500 with Austin Cindric. Toyota is the only manufacturer yet to win a race, and some of its cars suffered from unexpected overheating issues in California.

When asked about what performance indicators are influencing the outcome of who’s got the fastest car at each track, Harvick replied: “I think there’s just such a wide range of where it could be that you don’t really know.

“You’re going to racetracks that really don’t have a lot in common other than you’re racing the same car.”