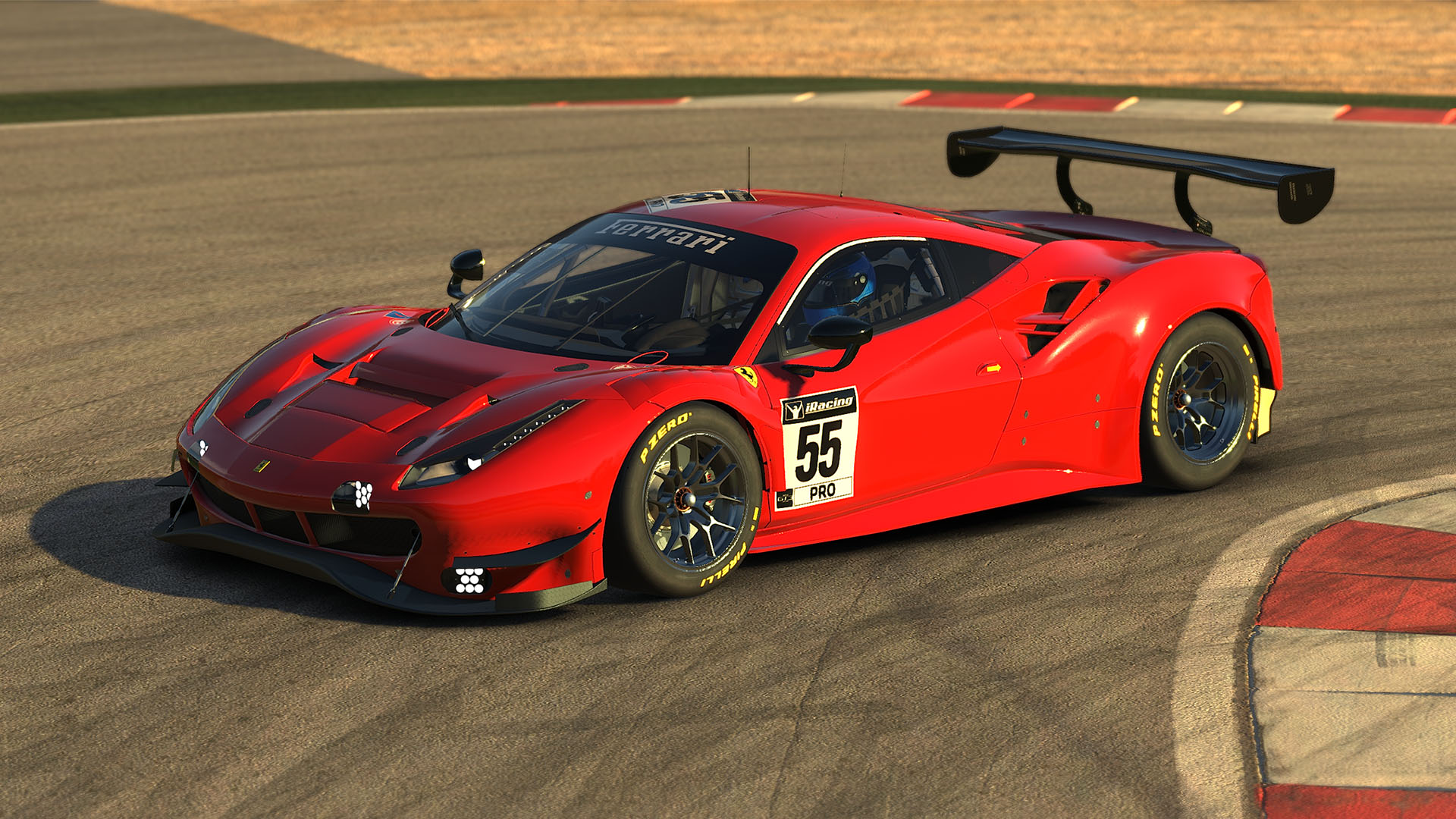 The latest GT3 to join iRacing’s road racing stable makes its debut in 2021 Season 4, as the Ferrari 488 GT3 Evo takes its place in the lineup with the new build. The Evo model will replace the previous generation Ferrari 488 GT3 in iRacing’s public road racing series, and will see its first on-track action in Week 13 series after the build is deployed on Wednesday.

The 488 GT3 was already one of Ferrari’s most successful sports cars of all time, but continued evolution is a hallmark of the brand’s continued success across all forms of racing. Such is the mindset that birthed the 488 GT3 Evo, a reworked version of the car that features a longer wheelbase, new engine management system, additional driver comforts including a new seat developed with Sabelt, aerodynamic adjustments, and more.

Like its predecessor, the 488 GT3 Evo pumps nearly 600 horsepower out of a 3,902 cc twin-turbo V8 powerplant, giving racers more than enough power to go for the win. The result is a proven GT3 platform that has taken the next steps towards further glory in the world’s biggest sprint and endurance championships.

The Ferrari 488 GT3 Evo will be available for purchase immediately after deployment of the iRacing 2021 Season 4 build.