Erik Jones: Next Gen car has “opened so many doors for us”

The 25-year-old native of Byron, Mich., already has more top-five finishes in two weeks (one) than he did in the entire 2021 season (none).

Many things have changed since last season for Jones. His Richard Petty Motorsports organization merged with GMS Racing to produce a two-car team in the Cup Series called Petty GMS Motorsports.

In addition, Jones got a new crew chief in Dave Elenz, who was very successful in the Xfinity Series and, of course, NASCAR debut its Next Generation car this year, which has set every team back to square one on development.

Jones’ No. 43 Chevrolet was fast at both Daytona and last weekend at Auto Club Speedway in Fontana, Calif., where he led 18 laps and finished third. 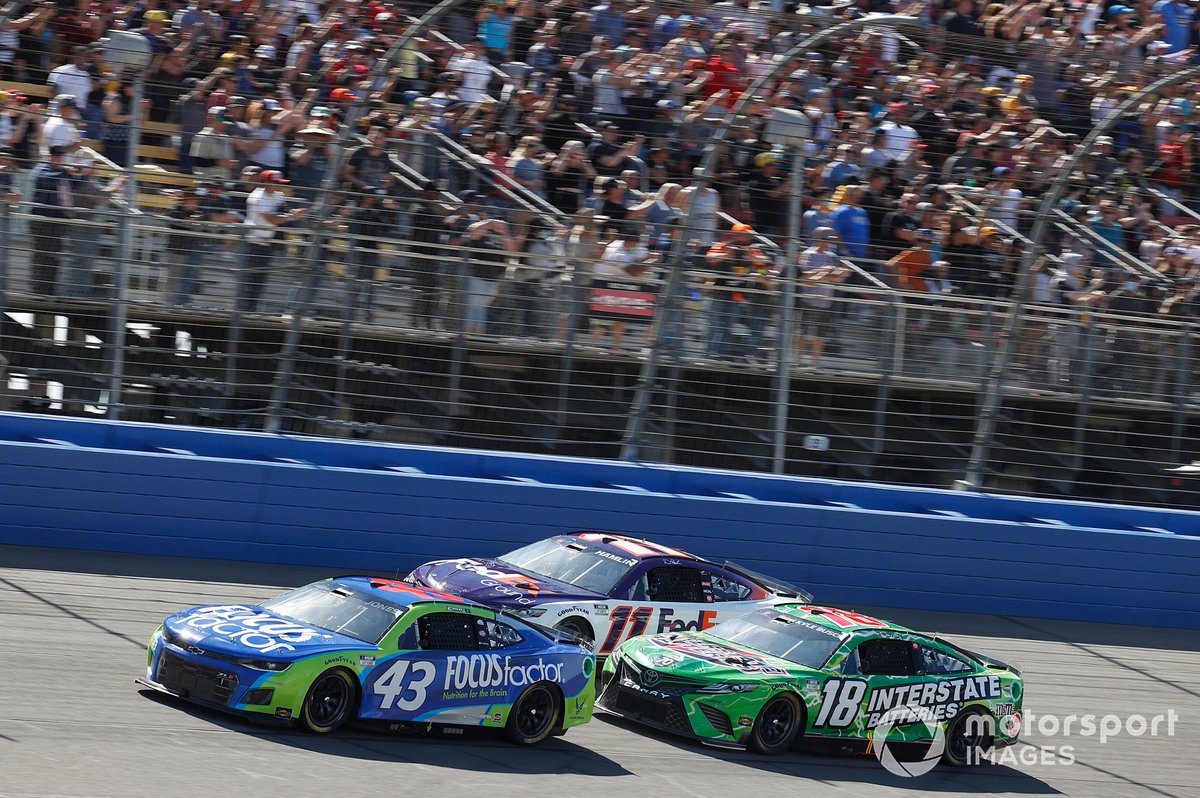 “Obviously, your confidence goes up week-to-week. I think in racing, it’s a bigger thing than people realize,” Jones said. “It’s easy to look at a sport like golf and see when somebody gets on a hot streak it’s easy to keep it going.

“Honestly, racing is very similar. When you got things rolling, it’s not just me, it’s the team, it’s Dave (Elenz, crew chief), it’s everybody. When you’re rolling on a confident hot streak, it’s easier to keep that momentum going.”

Jones struggled through a difficult 2021 season, his first at RPM after four years in Cup at Joe Gibbs Racing, where he won a pair of races.

He led just nine laps the entire year (he’s already led 21 in two races this season) and ended up with six top-10 finishes, with his best effort a seventh on the Indianapolis Motor Speedway Road Course.

New surroundings and a new car have already combined to give Jones a reminder of his potential. After two races, he sits sixth in the series standings.

“The Next Gen car, I think, has been great for us so far, just two races in. Hopefully, we can continue it this weekend at Las Vegas,” he said. “This is a lot different track than Fontana. It’s going to be a totally different challenge for the race car than what we saw last week.

“It’ll be a learning process, for sure, but the speed has been there at both Daytona and Fontana. We’re in a good spot in points right now and we’d like to keep that going. Being in contention to win last week, puts our mindset toward a win at this point. Hopefully, we can continue to chase that.

“With the Next Gen car, I think it’s opened so many doors for us. Having the same parts and pieces – we just have to take that wheel they’ve given us and make it a little bit rounder. Dave’s done a real good job at that.”

Jones said the experience so far this season stands in stark contrast to the situation he found himself in last year.

“When I came to RPM last season, the (Gen 6) car was in a development freeze. It was what it was. There was nothing left to gain on it. There wasn’t anything left for us to do to make it better or any different than what it was,” he said.

“For the driver, you were kind of locked in to what you got. Every driver wants something different, so I had to kind of adapt and figure that out.”

Now, every driver is going through the same experience with the Next Gen car, Jones said, and those who find something that works will have an immediate advantage.

“I think if the rules continue to be enforced the way they are right now with the parts and the pieces, I think that parity will last a while. I think eventually guys will begin to figure out what makes these cars better, what makes them tick. And the big teams will have some sort of advantage there.

“For sure, right now we’re on track to have at least somewhat of a leg up at this point of the season. I would say the gap is about 90 percent closer than what it’s been the last few years.”