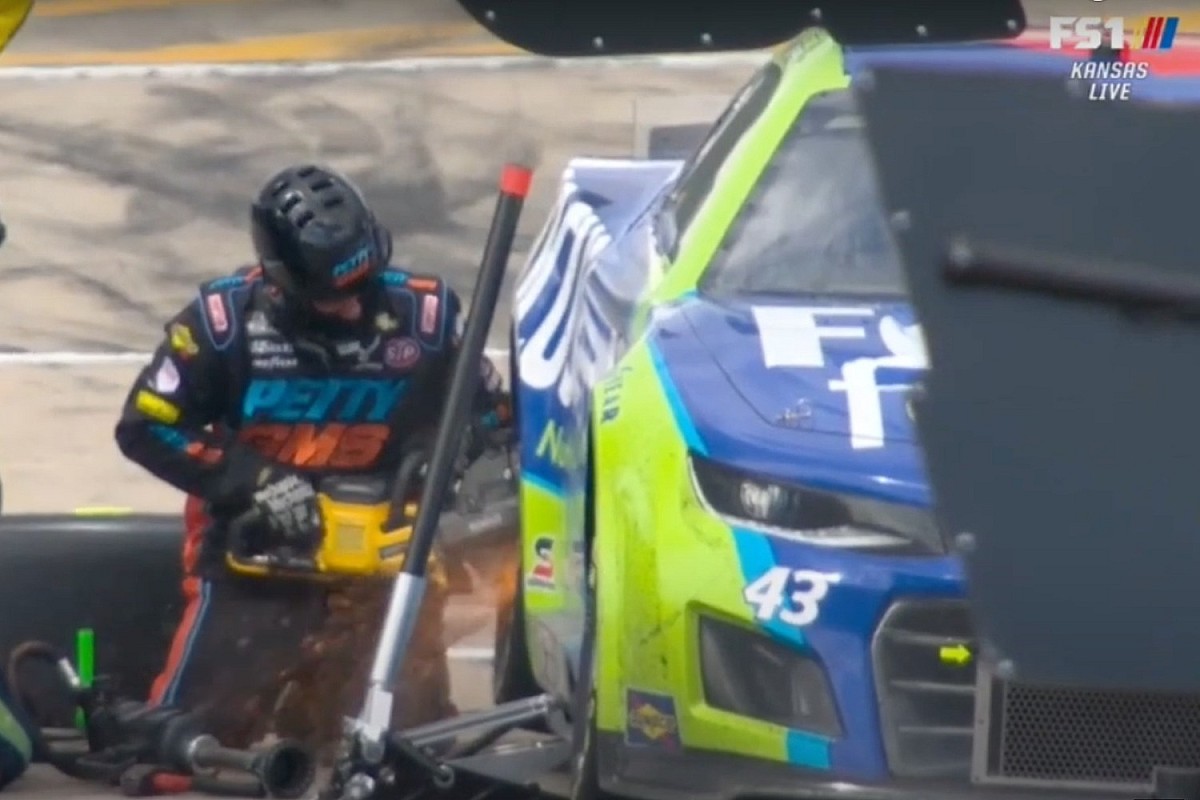 As teams become accustomed to the Next Gen Cup cars, they are bound to encounter things that they haven’t had to deal with before. They have already been exposed to a plethora of new issues this year.

The expected problem is the loss of wheels, which has resulted in numerous penalties throughout the first third of the season. But Petty GMS found themselves in a very unique situation on Sunday.

After finishing eighth in the opening stage, Erik Jones’ race quickly went awry. The single, center-locking lug nut on the No. 43 Chevrolet Camaro’s right rear wheel would not budge and it became nearly impossible to remove the wheel during a scheduled pit stop.

The crew did just about everything they could, including hitting it with a hammer and attempting to saw the wheel itself off. Eventually, they succeeded, having lost seven laps.

Tire carrier James Houk, who was in the middle of the bizarre incident, talked to Fox Sports 1 afterwards.

“We knew on that last pit stop something was wrong,” said Houk. ‘We knew it was going to be a while to get off. We contemplated going back and cutting the wheel completely off, which is actually what we ended up doing on pit road with a sawzall. And then it finally came off. Never seen it!”

The issue is reminiscent of an issue during the 2021 Monaco Grand Prix when the Mercedes F1 team struggled to remove a wheel from Valtteri Bottas’ car. It took several days and a high-power drill back at the team shop to successfully remove the wheel.