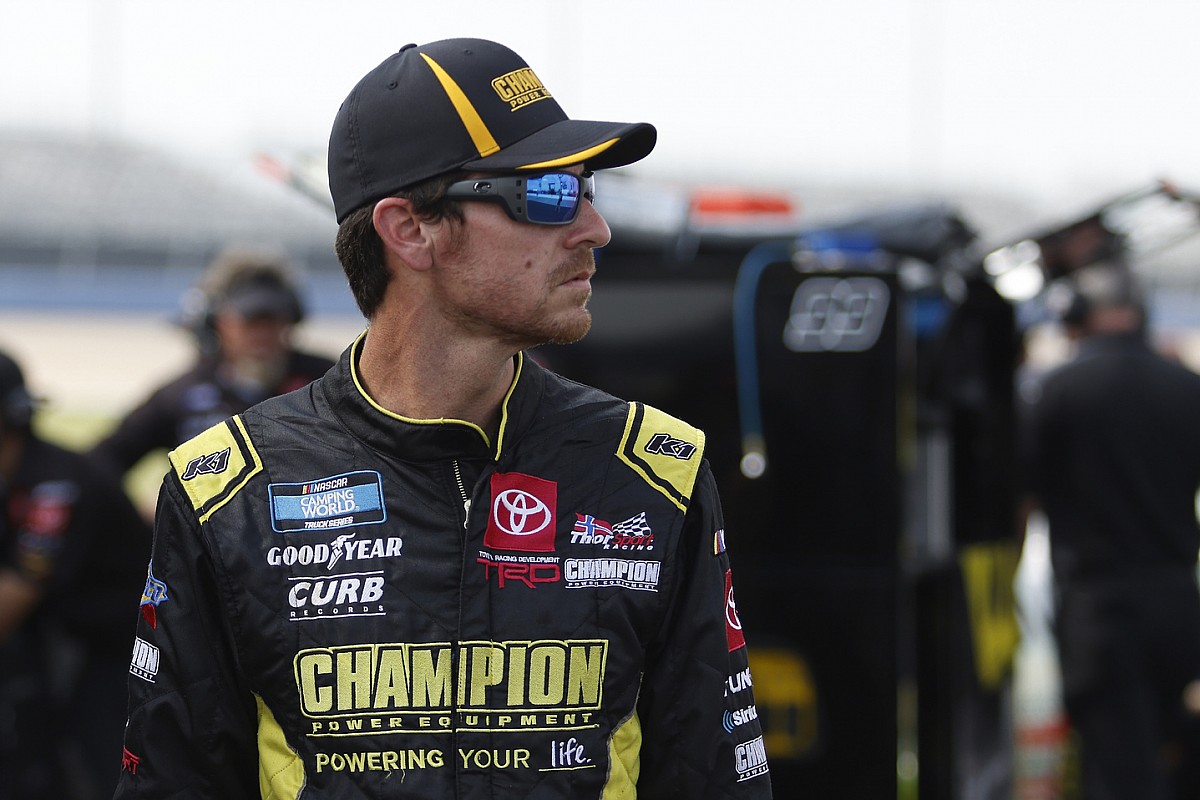 Enfinger, who won the 2015 ARCA Menards Series championship with GMS Racing, will rejoin the organization and compete fulltime in the Truck Series for the next two seasons, the team announced on Friday.

Enfinger, 36, ran a partial schedule this year with two teams – ThorSport Racing and CR7 Motorsports. He didn’t have a ride for the season’s second race at the Daytona Road Course but is still 11th in the series standings.

“It’s an honor to be coming back to GMS Racing, the place where I was able to jump start my career in NASCAR,” said Enfinger, 36. “Together, GMS Racing and I saw a tremendous amount of success – winning races and championships – and I’m ready to pick up where we left off.”

“It’s so great to know where I’m going to be for the next couple of years, as I’m used to finding out around January each season,” Enfinger said. “To have this deal signed this early ahead of the season is huge for me personally and career-wise, and I can’t wait to get started.”

Joining Enfinger on the move to GMS Racing will be longtime supporter, Champion Power Equipment, who will serve as primary sponsor of the No. 23 for the majority of the next two seasons.

Full details on GMS Racing’s entire 2022 Truck Series lineup – including additional driver announcements, sponsors and crew chief pairings – will be made at a later date.