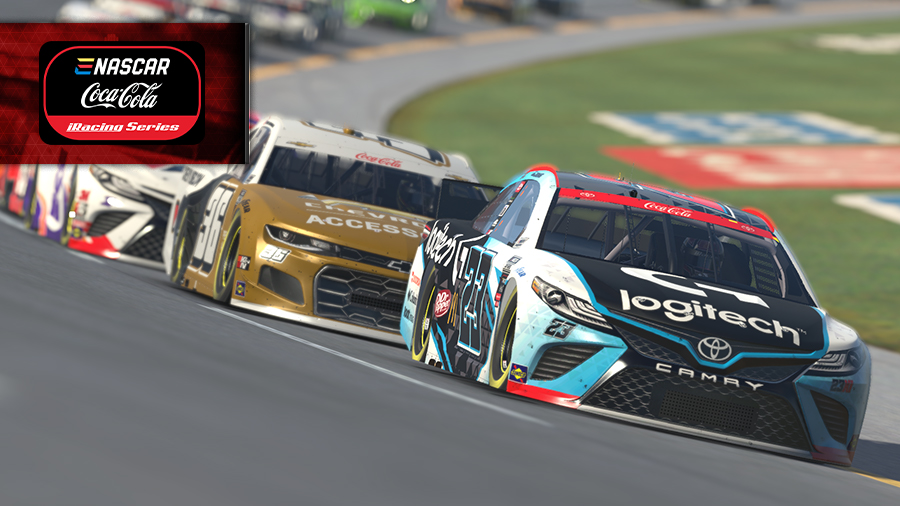 It all comes down to this.

The final round of the 2021 eNASCAR Coca-Cola iRacing Series season sees the sport’s top drivers head to Texas Motor Speedway, and just 167 laps stand between four drivers and a $100,000 prize. 23XI teammates Mitchell deJong and Keegan Leahy, Letarte Esports’ Bobby Zalenski, and William Byron eSports’ Logan Clampitt are the lucky quartet whose performances in the previous three playoff rounds have gotten them here, and each will become a first-time champion if they finish ahead of the other three on Tuesday night. They’ll go for the 2021 title, while NASCAR Hall of Famer Dale Earnhardt Jr. will join the booth of Evan Posocco, Steve Letarte, and Parker Kligerman as a special guest, as coverage kicks off on eNASCAR.com/live at 9PM ET/6PM PT.

All but deJong have been here before and left wanting, sometimes in the most agonizing of ways. Zalenski’s Championship 4 appearance last year ended with a wreck while trying to pass Ryan Luza back for the lead and title. Leahy’s 2019 bid ended in a drag race to the line with Zack Novak, with Novak winning out. Clampitt’s larger heartbreak of late was missing last year’s playoffs entirely due to a wreck in the Talladega cutoff race, but he too has fallen short in the finale.

That doesn’t mean that deJong is unfamiliar with championship heartbreak, though. He’s come up one spot short of the Porsche TAG Heuer Esports Supercup title before, and despite being a heavy favorite coming into the year, last year’s iRacing Rallycross World Championship presented by Yokohama didn’t go to plan, either. Still, that he’s gotten this far is impressive for any eNASCAR rookie, even one who has excelled in other facets of iRacing.

Behind them, there’s another battle, too: the battle to guarantee your spot in the 2022 series by finishing in the top 20 in points. Right now, it’s a close three-way fight between series rookie Garrett Manes in 20th, veteran Jake Nichols two points behind, and four-time series champion Ray Alfalla himself three points out of the bubble spot.