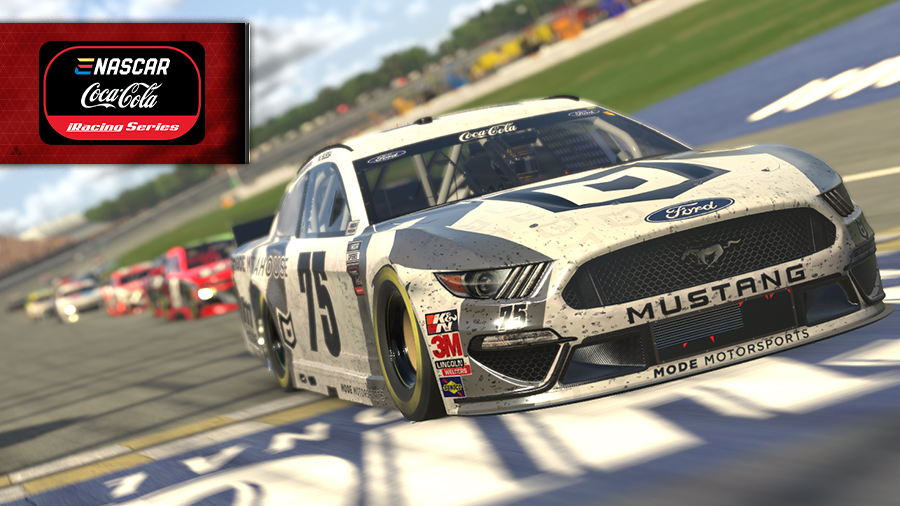 From here on out, “win and you’re in” takes on a whole new meaning.

40 drivers entered the 2021 eNASCAR Coca-Cola iRacing Series with hopes of winning this year’s title and the associated $100,000 prize that comes with it. That group is down to just 10 eligible drivers after the Logitech G Challenge 100 at Michigan International Speedway two weeks ago, where Mode Motorsports’ Matt Bussa turned the playoff grid on its head with a walkoff victory.

Now, the chase for a championship turns to Darlington Raceway for the first of three playoff rounds to set the four drivers who can win it all in this year’s finale. The action kicks off tonight at 9PM ET on eNASCAR.com/live, with NASCAR Hall of Famer and Stewart-Haas Racing team owner Tony Stewart set to make a special appearance alongside the broadcast team of Evan Posocco, Steve Letarte, and Parker Kligerman. Any win by a playoff driver over the next three events locks them into the Championship 4 at Texas Motor Speedway, with any remaining spots filled by points.

23XI’s Mitchell deJong enters Darlington as the top seed thanks to his status as this year’s only repeat winner. He and teammate Keegan Leahy have guaranteed Michael Jordan and Denny Hamlin this year’s teams title as the only pairing to put both of their cars in the playoffs, and both have been among the strongest on the grid all season long. deJong’s biggest obstacle remains winning on an oval, as both of his victories came on road courses at Circuit of the Americas and Road America.

The biggest split on the grid is the one between youth and experience. deJong is one of two eNASCAR rookies on the playoff grid, joining Spacestation Gaming’s Vicente Salas, while Stewart-Haas eSports’ Graham Bowlin and Kligerman Sport’s Bob Bryant are series sophomores. The rest—including Bussa, Letarte eSports’ Bobby Zalenski, Richmond Raceway eSports’ Jimmy Mullis, and William Byron eSports’ Logan Clampitt—are series veterans, and have been in this position before.

But one driver on the playoff grid stands apart from all others in terms of that experience. JR Motorsports’ Michael Conti punched his playoff ticket at the very beginning of the season by surviving Daytona International Speedway, and eventually became the only former series champion to secure his spot on this year’s playoff grid. Now, the real work begins, as the 2014 series champion attempts to deny his nine compatriots the opportunity to join him in the most selective brotherhood in eNASCAR.