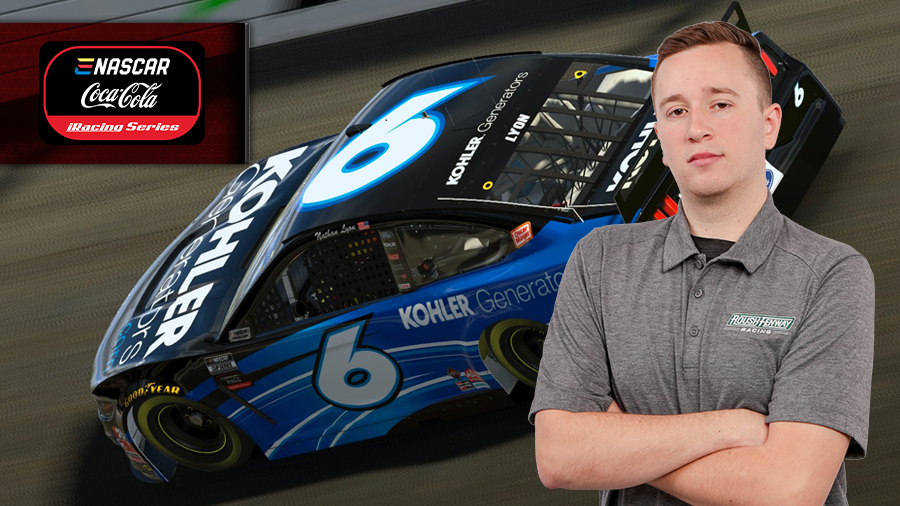 Throughout the eNASCAR Coca-Cola iRacing Series season, we’re going to profile some of the series’ top drivers every week. Be sure to check back each week to see who we’re featuring next! This week, we wish a happy belated birthday (it was yesterday) to Roush Fenway Racing’s Nathan Lyon, as we put him under the spotlight:

What’s on your pre-race playlist to get hyped up? Africa by Toto.

My secret talent is: I can guess the weather 50% of the time.

My day job is: Delivery driver.

If I had a choice, my super power would be: To quit burning off my right front tire.

How would you describe your driving style? “It needs to be looser everywhere Huston/Dustin.”

My biggest accomplishment on iRacing is: Eddie Ball. If you know you know.

The coolest part of being on my eNASCAR team is: Roush always comes in clutch with the best paint schemes.

When I’m not running in eNASCAR, my favorite cars to run on iRacing are: Dallara iR-01.

If you could add any non-Cup Series track to the eNASCAR schedule, which would you pick and why? Chicagoland, that track is a gem.

Congratulations! You’ve won the lottery and are going to start a NASCAR Cup Series team. Which driver are you hiring first and why? Carl Edwards. Someone needs to bring him out of retirement.

It’s the season finale and you’re in the Championship 4. Your biggest rival is leading the field to the green flag and you’re starting second. How are you getting the job done? Little does my rival know that I put 100% tape on the last pit stop, it’s over for him.