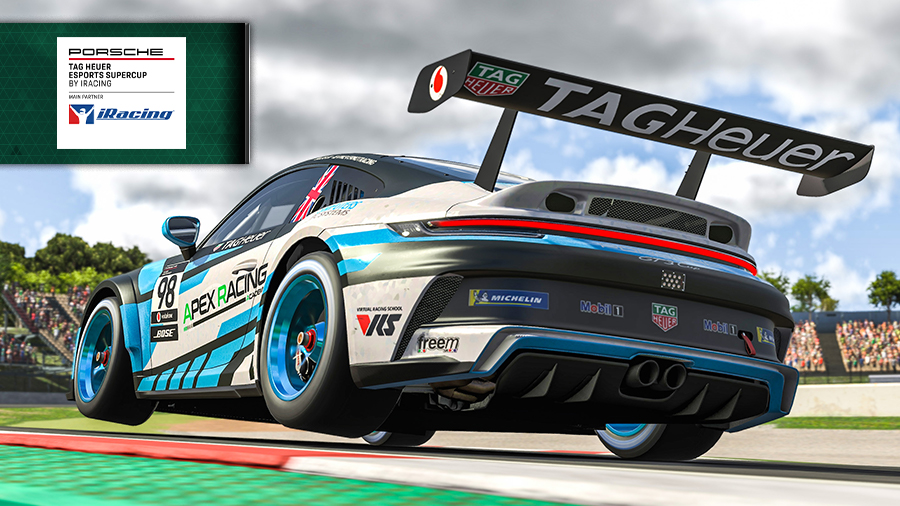 Team Redline’s Diogo Pinto is the new points leader of the Porsche TAG Heuer Esports Supercup, while Kevin Ellis Jr. returned to the top step of the podium with a dominant feature victory, after the dust settled on Saturday’s return to Circuit de Barcelona-Catalunya. A pair of hectic races had major championship implications for some of the series’ top drivers, with early incidents in both the sprint and feature races impacting points totals throughout the event.

After posting the fastest time in qualifying, Pinto held off Alejandro Sanchez and Jeremy Bouteloup for the win in the sprint race, with all three podium finishers separated by just .666 seconds at the finish. Ellis would finish eighth to stake his claim to the pole position for the feature, but top drivers like 2020 series champion Sebastian Job (10th) and Hockenheim feaure winner Ayhancan Guven (11th) would miss the invert at the front of the field and have to start mid-pack. 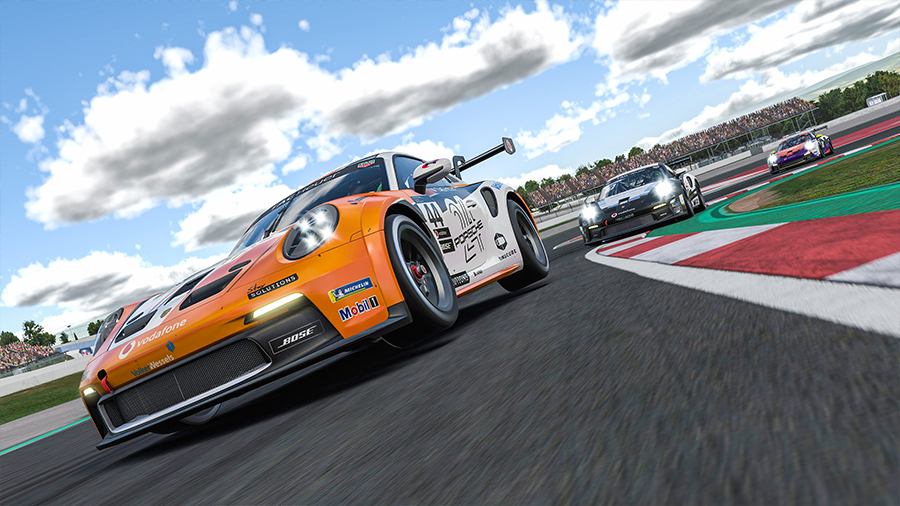 That came to make all the difference when Charlie Collins took contact from behind on the second lap of the feature, sending him off track and back into the field heading into Turn 10. Collins, Sanchez, Graham Carroll, and Dayne Warren were among those impacted, and each finished outside of the top 30 as a result; while also affected, Pinto would recover to finish 14th. Ellis, meanwhile, would lead all 18 laps of the feature, holding off his Apex Racing Team teammate Jamie Fluke and ex-teammate turned VRS Coanda Simsport driver Zac Campbell for the win. It marked the second year in a row that Ellis would score a victory in the early stages of the season, after he opened 2021 by leading all but four laps in the feature at Interlagos.

In the All-Star action, Jimmy Broadbent held off Jaroslav “Jardier” Honzik and defending series champion Emily “Emree” Jones in the sprint race, while Xabier “Heikkie360ES” Sanchez took the win in the reverse-grid feature race as Jones charged from 14th to second. However, it’s Tyson “Quirkitized” Meier who currently leads Jones by seven points in the series standings thanks to a pair of fourth-place feature finishes. 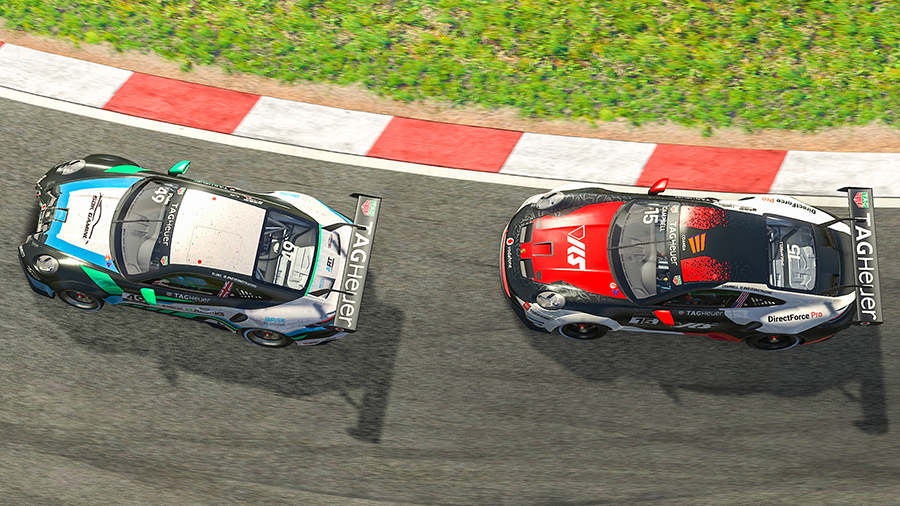 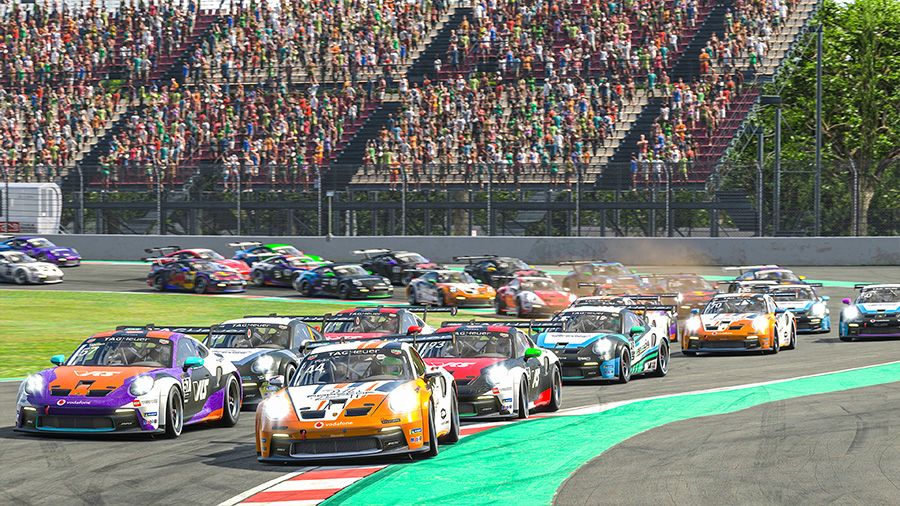 The 2022 Porsche TAG Heuer Esports Supercup season continues on March 5 at Autodromo Jose Carlos Pace, better known as Interlagos, after the Brazilian track took the victory in a hotly contested fan vote. As always, the action kicks off at 12:30PM ET with All-Star competition, before the Supercup goes green at 2PM ET, and all the action streams live at twitch.tv/Porsche. For more information on iRacing and for special offers, visit www.iracing.com.