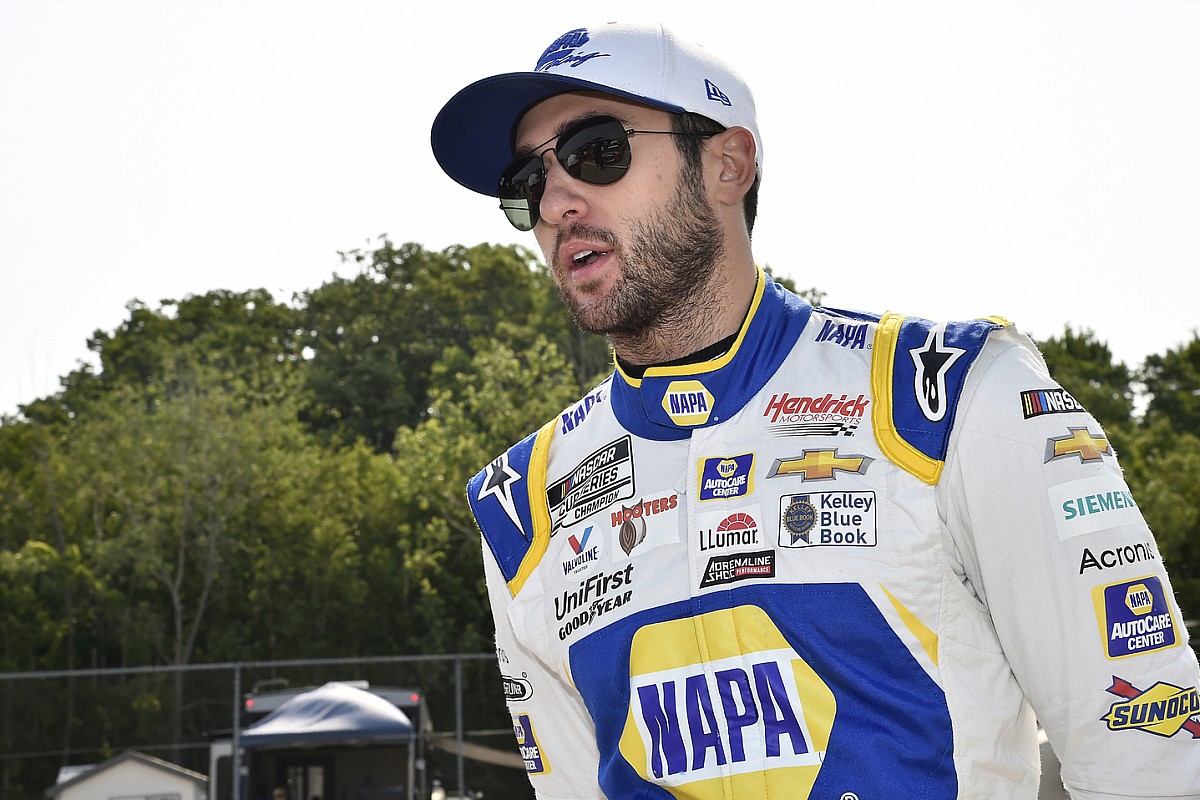 At Bristol, Elliott cut down a tire after contact with Harvick while they battled it out for the race lead. He returned to the race off the lead lap and deliberately held up the No. 4 car, allowing his Hendrick Motorsports teammate Kyle Larson to steal the race win. This sparked a fiery post-race confrontation between the two former champions.

Well, payback finally came Sunday at Charlotte. Harvick punted Elliott into the wall during the playoff elimination race at the Roval, in what appeared to be intentional contact.

The Hendrick Motorsports driver sustained significant rear-end damage and fell below the cut line due to the incident.

Now forced to dig out of a hole, Elliott made it clear on the radio that he was looking for the No. 4 car on track. A timely debris caution for the rear bumper falling from Elliott’s car put him in a position to finally catch up to the field and potentially save his playoffs.

With a handful of laps remaining, he found Harvick, but never got the chance to return the favor. Harvick drove deep into Turn 1 as he tried to stay out of reach of Elliott, who was just a couple car lengths back. With the tires locked up, Harvick’s Ford Mustang went straight off into the tire barrier.

Harvick’s race was over, and so was his postseason.

Harvick would not outright say the initial contact with Elliott was intentional, only that “sometimes real life teaches you good lessons.” When pushed further, he added: “You remember Bristol.”

Christopher Bell, William Byron and Alex Bowman were also knocked out of the playoffs along with Harvick.

But Elliott was able to advance, escaping elimination and securing his place in the Round of 8 with a 12th-place finish.

When asked about the feud, he wouldn’t say much. However, he did have the following message for the Harvick: “As far as Kevin goes, I just want to wish them a merry offseason and a happy Christmas.”

He says that his opinion of Harvick has not changed since Bristol and that he is “Just glad we’re moving on. Proud of our team.”