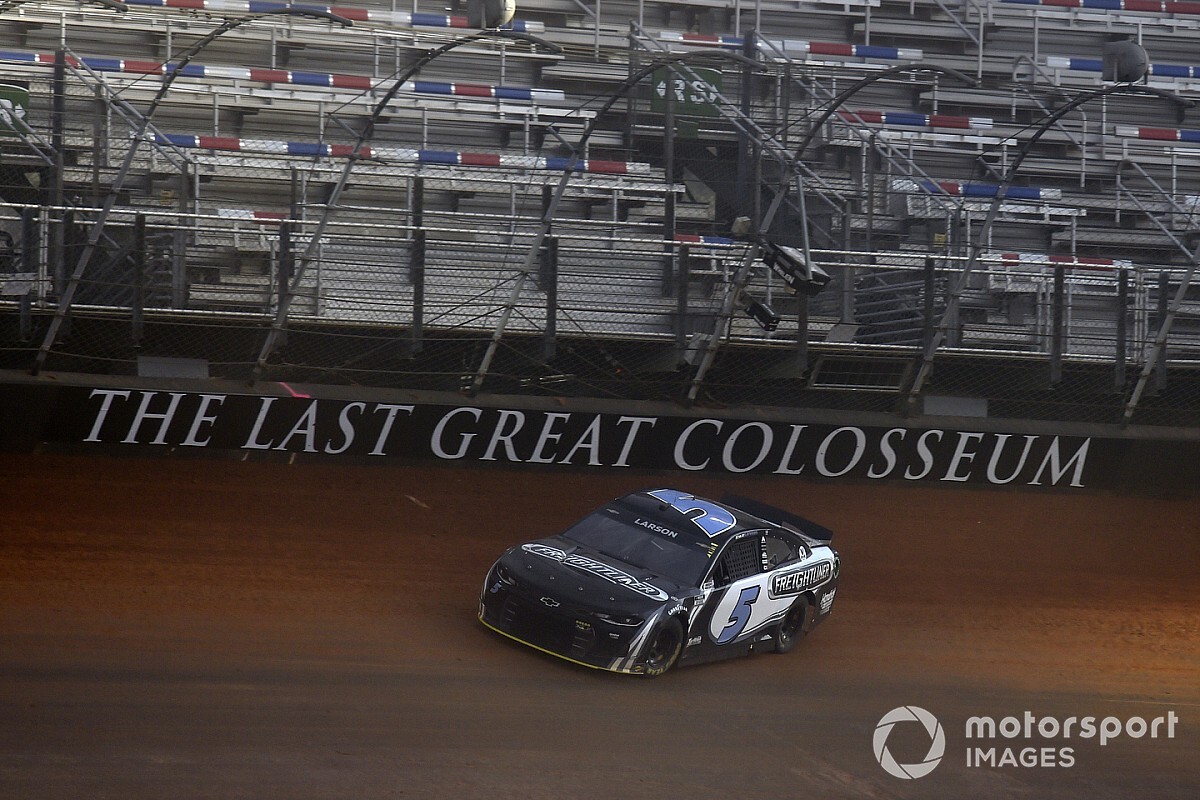 Kyle Larson and Christopher Bell. Both have already won this year and are dirt racing experts.

Larson was forced to start from the rear of the field due to an engine change, but quickly charged through the pack. Bell also made his way forward, entering the top-five.

But just over 50 laps into the race, Bell lost traction and spun. The car directly behind happened to be Larson and the two came together, collecting Ross Chastain.

Both Bell and Chastain were done, but Larson limped on. Now two laps down, he finds himself running 30th halfway through the event.

“I was just trying to run the water in under yellow,” explained Bell after being released from the infield care center. “I knew it was a little bit slick, but I felt like I could go up there and make some time and I kind of entered shallow underneath of it and tried to pick it up on exit and it was just really greasy up there. I hate it for all of our partners – IRWIN Tools, PristineAuction.com, Toyota, TRD. That was a lot of fun, being able to be out there for that first run was really cool and hate it that I can’t be out there longer.”

There were several incidents in the early laps of the historic event, resulting in a brief red flag and eliminating several contenders.