Despite runner-up finish, “still a great day” for Kevin Harvick 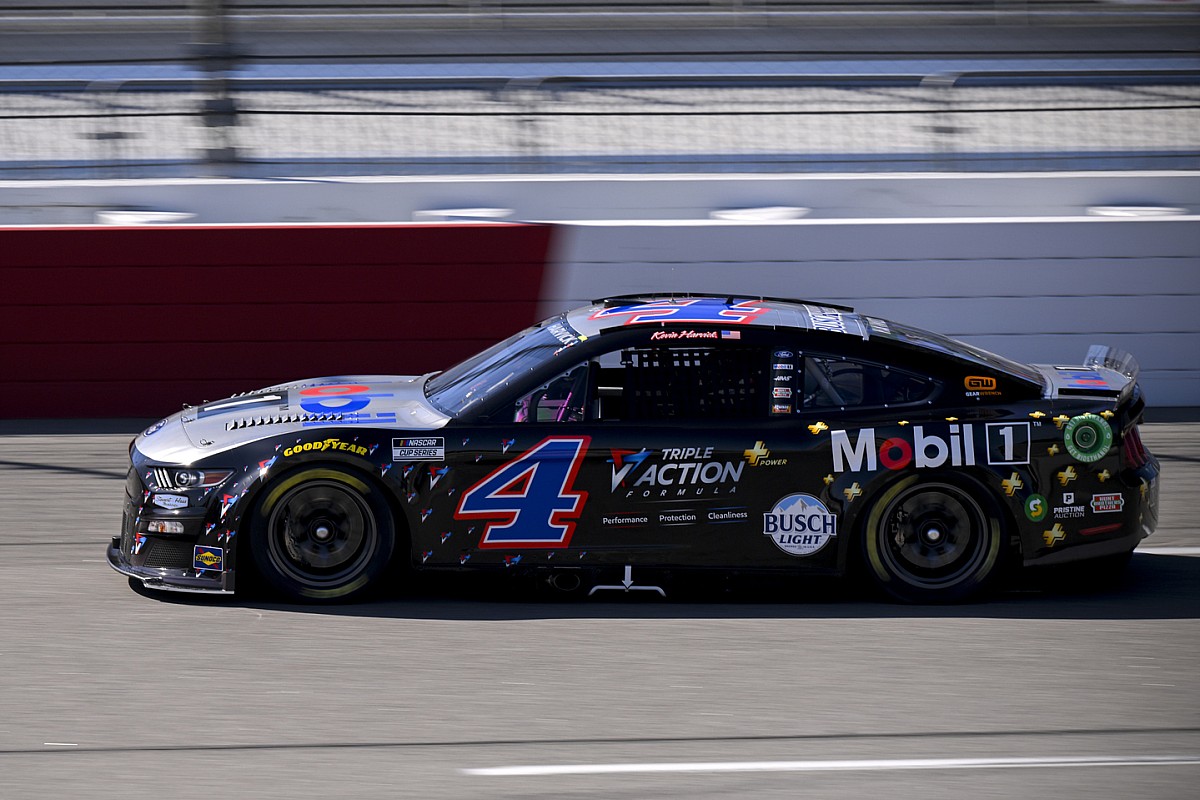 Harvick, whose most recent win in the NASCAR Cup Series came Sept. 19, 2020, at Bristol, Tenn., has shown much improvement this season with the introduction of the Next Gen car.

On Sunday, Harvick’s team used a two-pit stop strategy in the final stage to put themselves into position to battle for the win on fresher tires.

They came up just short, finishing second by 0.552 seconds to Denny Hamlin, whose team utilized a similar strategy to success.

Harvick’s 28 top-10 finishes at Richmond are the most among active drivers and since he joined SHR in 2014, Harvick has only one finish outside the top-15 at the ¾-mile track.

“I’m just really proud of everyone on our (team) for just staying in there and having a great strategy and doing everything that they did all day,” Harvick said. “It was really the first clean day that we’ve had all year.

“The cars have been fast and had a shot there at the end. I wanted to be close enough at the white (flag) to just take a swipe at (Hamlin), but the lapped cars kind of got in the way and I lost a little bit of ground.

“Still, it’s a great day for us and hopefully a little bit of momentum in a positive direction.”

Harvick’s runner-up finish was his first top-five finish this season and second top-10. He improved to eighth in the series standings – highest among the four drivers at SHR.

“It’s still a great day for us. The cars have run good all year,” Harvick said. “It’s really the first clean day that we’ve had with nothing going wrong, so that’s a good thing.”

With Harvick’s other top-10 (sixth) coming at 1-mile Phoenix three weeks ago, Harvick was asked what was the takeaway with the Next Gen car on short tracks?

His response: “We’ve run good at both of them, so hopefully that continues.”