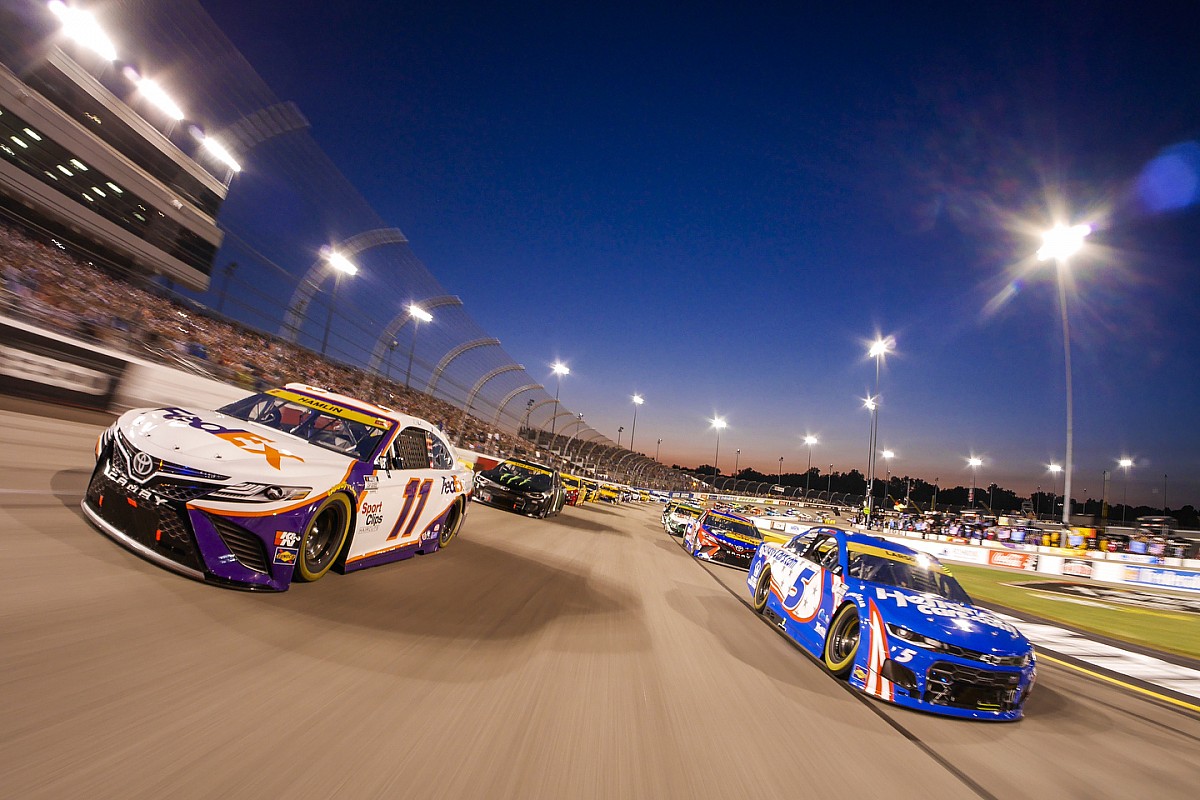 For the second time this season, Hamlin led the most laps at Richmond (Va.) Raceway but came away with a second-place finish, this time losing to Joe Gibbs Racing teammate Martin Truex Jr.

Hamlin won the first two stages of the 400-lap race Saturday night but lost his lead to Truex on Lap 269. Hamlin had a slow stop during a round of green-flag pit stops that ended on Lap 302 that shuffled him back.

After a final round of green-flag stops were completed on Lap 350, Hamlin had made his way back to second, but nearly six seconds behind Truex. He was able to eliminate much – but not all – of the margin in the final 51 laps.

Still, a victory and second-place in the first two races of the 2021 playoffs puts Hamlin in a solid position heading to the second round.

“Our pit stops were a little slow there and we lost about two or three seconds, maybe four on pit road those two (green-flag) stops, and about a second and a half behind,” Hamlin said.

“We were coming, just we got off track with our car right there in the middle stage of the race, but overall Chris (Gabehart, crew chief) and the team made great adjustments there at the end, just needed a couple more laps, that’s all.”

With the win Truex joins Hamlin as locked into the Round of 12 with wins while Kyle Larson locked himself him based on points.

“Well, it’s ‘go time’ now. Ultimately it’s the time where you’ve got to bring your best,” Hamlin said. “JGR had fast cars for all of us today, and we just – I really wish we would have got two (wins) in a row.

“But regardless, still a great day for our team.”