Denny Hamlin ‘in a good place’ despite missing out on win 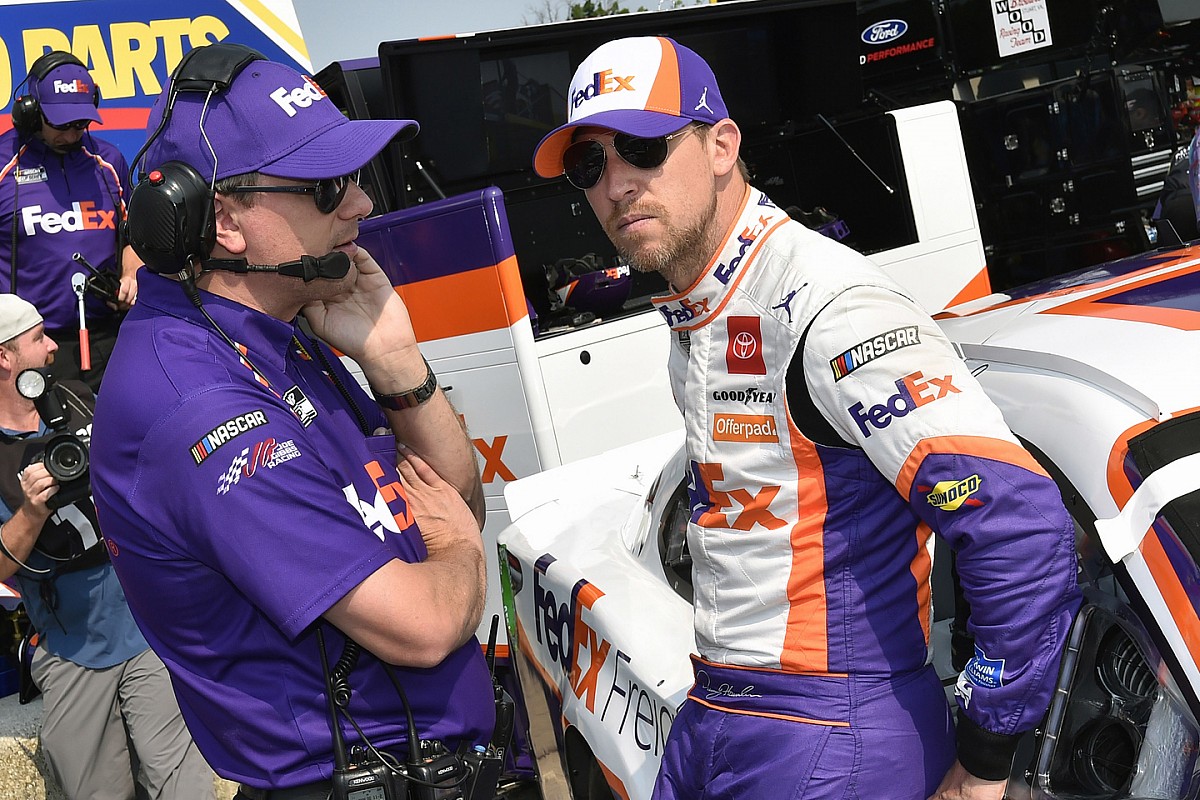 Once again Sunday at Michigan International Speedway, Hamlin’s No. 11 Toyota was one of the fastest cars as the race drew to its conclusion, but some “little tiny things” didn’t go his way and he came away with a fifth-place finish.

A fifth isn’t bad unless, like Hamlin, you’re locked in a tight points race for the regular season championship and the driver you’re chasing – Kyle Larson – finished two spots ahead of you.

“We were really fast there right before that last green-flag (pit) stop. We had run down the leaders from way back, I guess we restarted 18th. It was fast. We just didn’t need that caution – the second-to-last one (for a brief rain shower),” Hamlin said.

“We got a good restart on the last (one) and then I tried to make a move on (William Byron) and he was so concerned with me, that he lost the lead as well. Just crazy racing.

“Thought I was in pretty good shape. Another close one, but overall, I’m pretty happy with our performance.”

Hamlin has been one of the 2021 season’s more perplexing stories – he has been the most consistent performer for the majority of the season so far but has been unable to crack Victory Lane.

His stats (top-fives and top-10s) are on par with those from last season absent one very important category – wins. Hamlin racked up seven wins in 2020. This season his best finish is a second at Richmond, Va., in the spring.

Hamlin he and his Joe Gibbs Racing team will head into next weekend’s race knowing they have what’s needed to win. They just need the execution.

“We’ll just try to get every point that we can and go for the win. We’ll do everything we can,” Hamlin said. “We just can’t get a caution right, can’t get a restart right – just little tiny things right to get a win. But we’re in the hunt every week and that’s all we can ask for.

“I think we’ve got good momentum. We’re fast. Every single week we can win. There’s only maybe three cars that can say that every single week. Just feel like we’re in a good place.

“We’re steady. We just have to keep climbing towards the top.”