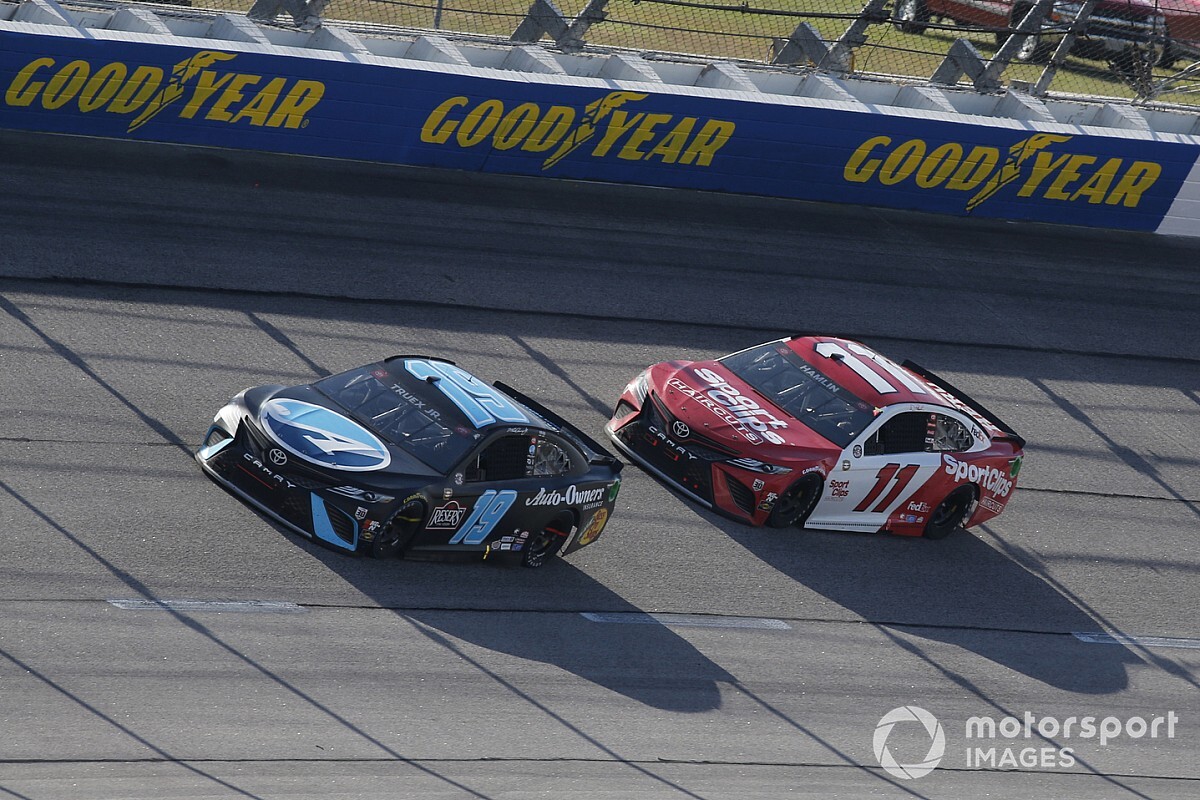 He quickly discovered how wrong he was.

It was clear early that Martin Truex Jr. would be a contender for the win but at the start of the second stage, Hamlin was able stay close with Truex and even led five laps.

However, during a caution for a wreck involving Kurt Busch on Lap 107, Truex and most other lead-lap cars elected to pit, but Hamlin remained on the track and took over the lead.

On the restart on Lap 115, Truex – on fresh tires – powered from third to the lead within two turns and Hamlin dropped back on older tires. He would not lead the race again and finished fifth after brushing the wall late in the event.

Truex would go on to lead 248 of the 293 laps, win both stages and topped Kyle Larson by 2.571 seconds for his third victory of the season.

“I honestly thought we had the best car for the first 150 (laps) and then we got off-sequence there by staying out, which we thought everyone was going to stay out to save tires,” Hamlin said. “I should have just (pit) when everyone else was coming, but I didn’t make the call and Chris (Gabehart, crew chief) made it too late.

“Either way, we stayed in the top-five and then we got third on that restart and I just didn’t have the car that I had before. Lost some grip. I think the track burned in a little bit and we just lost the advantage that we had for the first 100 (laps).”

Hamlin said he and his No. 11 Joe Gibbs Racing team would not waste anytime trying to see why their teammate, Truex, was so much better than the organization’s other three cars.

“We’ll dive through it. Myself and my crew chief are too tough of competitors to not dig into that,” Hamlin said.

“Honestly, it’s probably the worst butt whooping we’ve had all year and still (a) top-five. We expect to run a little better than what we did today.”

Hamlin, 40, remains the series points leader but is still looking for his first win of the season.