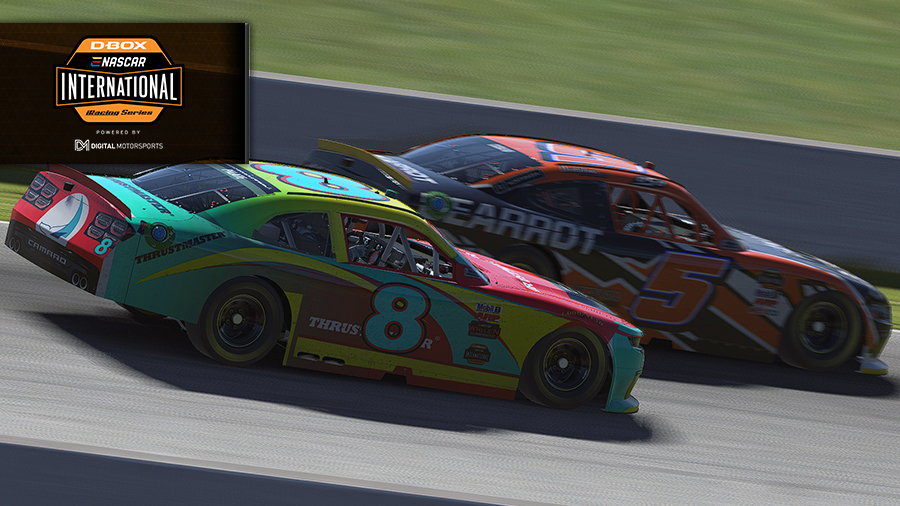 The DBOX eNASCAR International iRacing Series presented by Digital Motorsports season continues this weekend with a trip abroad to Circuit Zolder, the midway point of the season and the lone European circuit on the calendar. As always, the action can be seen live on eNASCAR.com/live and iRacing social media on Saturday at 12PM ET/17:00 GMT.

Last Week: NASCAR Whelen Euro Series champion Alon Day and EuroNASCAR 2 runner-up Tobias Dauenhauer dominated the second round of the season at Canadian Tire Motorsport Park, with Day leading every lap from the pole and Dauenhauer uncontested for second place for much of the race as well. Despite numerous incidents in the event, 17 of the race’s 25 drivers managed a lead lap finish on the first road course of the season.

Frequent front-runner Victor Barrales Jr. of the NASCAR PEAK Mexico Series would settle into third at race’s end after diverging strategies saw him take the spot. 2021 Brands Hatch winner Simon Pilate held the spot until pitting for tires midway through the race, while Treyten Lapcevich would hang onto the position until Barrales made the decisive pass with 11 laps to go.

Track Facts: Built in 1963, Zolder has hosted everything from 24-hour races to the Belgian Grand Prix on numerous occasions. Since 2015, it has played host to the NASCAR Whelen Euro Series, most often holding its championship weekend in October. Day swept both rounds of action in the series’ inaugural visit, and shared victories with Belgium’s own Stienes Longin in last year’s doubleheader weekend.

Next Week: Following Zolder, the DBOX eNASCAR International iRacing Series presented by Digital Motorsports returns to the Daytona International Speedway road course for its penultimate event. Last year’s International round at Daytona belonged to Leonel Peralta, who led 17 of the race’s 30 laps and made the winning pass with six to go.