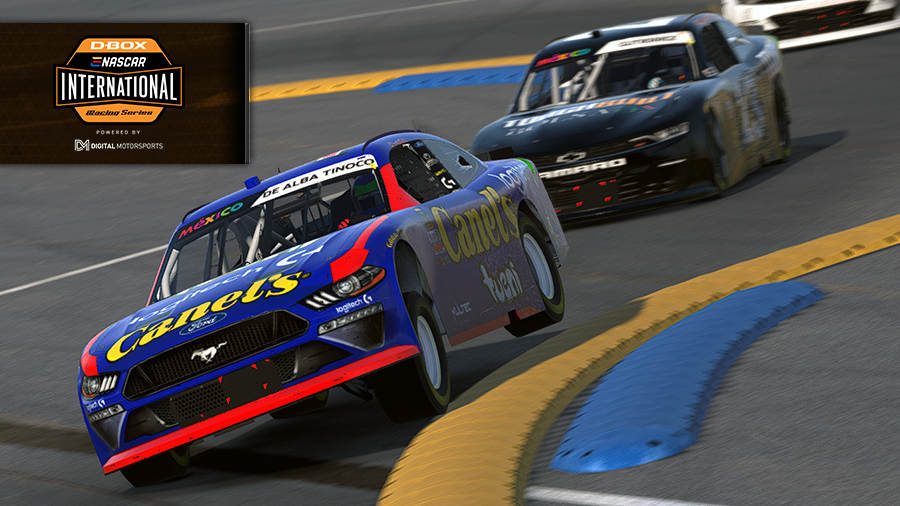 The DBOX eNASCAR International iRacing Series presented by Digital Motorsports season concludes on Saturday with a return to oval racing at Phoenix Raceway, home of the real-world season finales for NASCAR’s three premier national series. As always, the action can be seen live on eNASCAR.com/live and iRacing social media on Saturday, but the finale will be seen at a new time: 10AM ET/15:00 GMT.

Last Week: For the third week in a row, it was Alon Day standing atop the podium in last week’s visit to the Daytona International Speedway road course. The former NASCAR Whelen Euro Series champion overcame a lap-down finish in the season opener from Homestead to finally take the points lead heading into the Phoenix finale thanks to his clean sweep of road course victories.

Paul Jouffreau and Simon Pilate completed the podium, while incoming points leader Victor Barrales finished seventh to fall to second in the championship. Day’s gap on Barrales is five points coming into Phoenix, while Pilate (-11) and Treyten Lapcevich (-12) are also within striking distance thanks to solid finishes of their own in Daytona. NASCAR Xfinity Series and Drive for Diversity driver Rajah Caruth, winner of the only previous oval round of the season at Homestead, also finished fifth to sit sixth in points, just two behind Alex de Alba for a top five spot.

Track Facts: Phoenix Raceway has gained new attention since receiving a major makeover three years ago, moving its start-finish line to the dogleg and adjusting both its pit road and seating to compensate. But the track has been in use for nearly 60 years, opening in 1964 with both its signature oval and a 2.5-mile road course that ran inside and outside of the track. Subsequent renovations shrunk that road course to a 1.51-mile interior layout and later removed it entirely, allowing the facility to stand alone as one of the most unique ovals in North America.

A long-standing home of open-wheel racing in its earlier years, Phoenix is now best identified with the NASCAR Cup, Xfinity, and Camping World Truck Series championship events, and also hosts the ARCA Menards Series. It first welcomed the Cup Series in 1988, seeing 1992 champion Alan Kulwicki take his first career victory and invent the “Polish victory lap,” and hosted the inaugural Truck Series event in 1995. The Cup and Xfinity series added spring events at Phoenix in 2005, and the track has hosted two races for each of those series ever since.