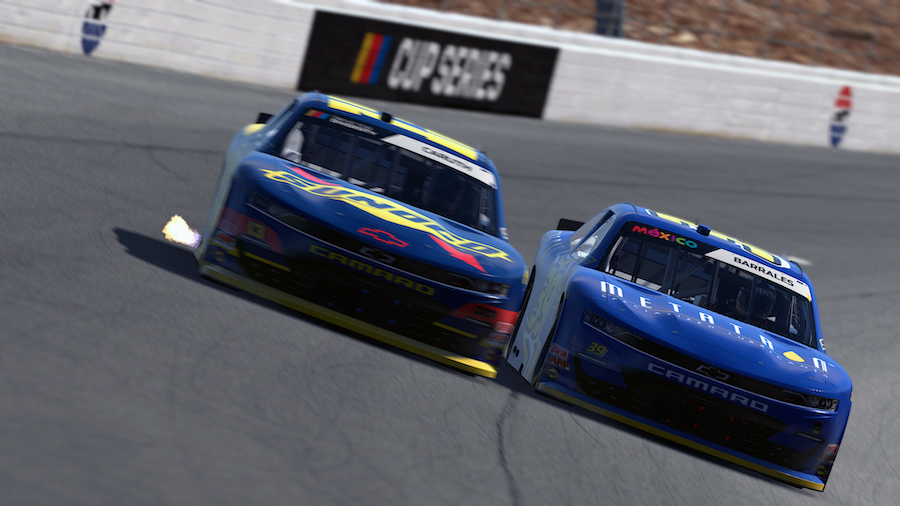 Formerly known as Mosport, Canadian Tire Motorsport Park has been a staple of Canadian stock car racing for decades, and on the NASCAR Pinty’s Series calendar every year since its inception in 2007. The 2.459-mile, 10-turn course has also played host to events from the NASCAR Craftsman Truck Series, which has seen some of its most thrilling finishes of all time at the track, to various major open-wheel racing series.

The first round of the five-race DBOX eNASCAR International iRacing Series powered by Digital Motorsports season saw drivers take on the Las Vegas Motor Speedway tri-oval last week, with Victor Barrales Jr. coming out on top in the caution-free race. Rajah Caruth had cycled into the lead after green flag pit stops, pitting early after contact with the wall, but Barrales’ fresher tires enabled him to take the lead with 15 laps to go and close it out. Caruth led 10 laps to finish second ahead of Jake Cosio, Miguel Gomes, and JP Bergeron; polesitter Ruben Garcia led a race-high 31 laps but finished 10th after spinning in the pits.

The list of drivers signed up to compete in the DBOX eNASCAR International iRacing Series powered by Digital Motorsports is as follows: