Cindric kicked off his rookie season in the NASCAR Cup Series with a win in the season’s biggest race, giving him a rare opportunity to challenge for the championship in his first year.

Sunday’s race at Talladega (Ala.) Superspeedway will be the third in the first 10 to be run under superspeedway aero rules, making it the type of racing with which teams are most familiar since the debut of the Next Gen car.

All out for the win

With superspeedway races being the most competitive and unpredictable, Cindric believes teams will go all out in search of a victory, which virtually ensures a playoff berth.

“There’s a lot of guys in the field that really want one win because they see that as their only way to make it in the playoffs. We’ve only got one guy with multiple wins (William Byron), so from that standpoint I would see this being maybe a desperate race already with business picking up in the win column,” Cindric said.

“I definitely look at that as far as a mentality standpoint from my competitors, even in some stages for myself. Obviously, everybody’s got their own motivations to win the race, but I look at it as Talladega certainly has different offsets than Daytona and handling usually doesn’t come into play as much.

“I’m looking forward to building off what I learned at Daytona. We obviously had a lot of strengths and try to build on that.”

Cindric’s success at Daytona this season combined with Team Penske’s strength on superspeedways in recent years, should make the 23-year-old versatile driver a favorite on Sunday.

However, every driver and team has had the opportunity to take the experience from Daytona – and perhaps even Atlanta – to improve on their superspeedway package.

“Car-wise, I’m interested to see where we qualify and what gains we were able to make just from having the cars longer,” he said.

“I think everyone is kind of in that same boat, so it’ll be interesting to see who has done more homework after the first event of the year.”

Typically, rookie seasons are full of highs and lows and Cindric’s has been no exception.

While he began the year with a victory, he has only led laps at one other race – Circuit of the Americas where he earned his only other top-10 finish (eighth). He remains 14th in the series points standings.

But with teams still getting a handle on the performance of the Next Gen car, nearly every driver in the field has experienced the same thing, which has helped produce eight different winners in nine races thus far. 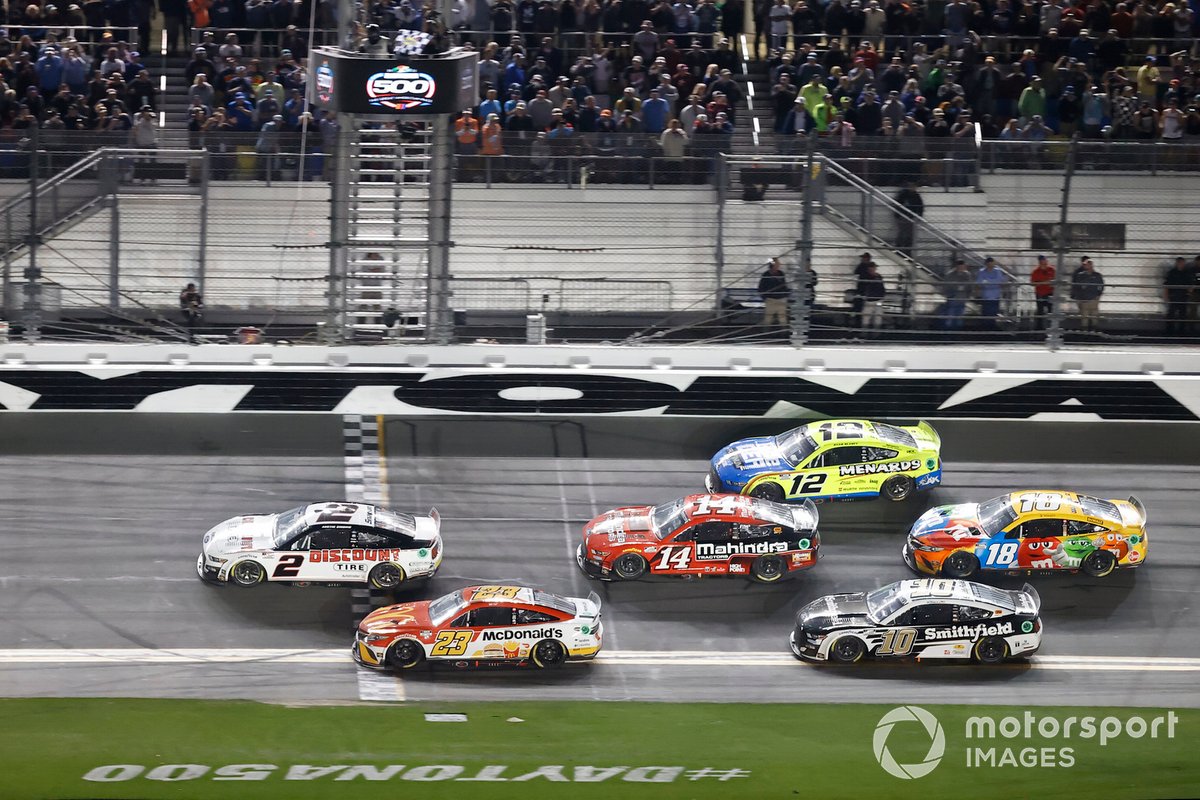 “Some days are better than others. Some days are worse than others,” Cindric said. “I think it’s just a process and in some ways it’s nice with the new car because there are a lot of very humanizing days for a lot of different drivers in the field.

“Some days you’ll be back racing for 20th with Martin Truex Jr. This guy is a Cup champion. This guy is expecting to be in the hunt for this championship. He came really, really close to winning the championship last year and they have bad days because everyone is learning.

“Everyone is having highs and lows, and that’s why I feel like the points are still really close. That’s why we’re having new winners every weekend. It’s challenging, for sure. It’s just about minimizing those bad days and learning from them and applying them to make the next day better.”