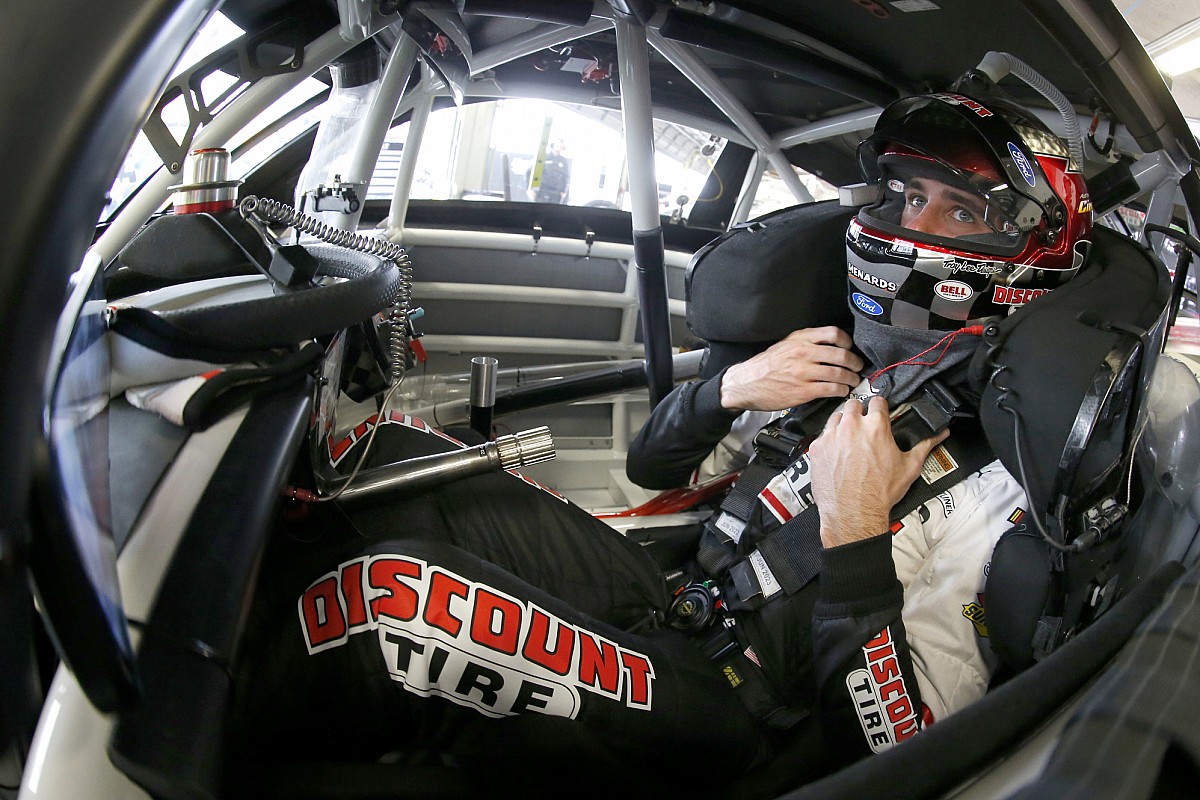 Daytona 500 champion Austin Cindric will be in excellent position Sunday to start the 2022 NASCAR Cup Series with two consecutive wins.

Cindric posted the fastest average lap speed (174.647 mph) in the final round of Saturday’s qualifying session for Sunday’s race at Auto Club Speedway in Fontana, Calif.

“There’s so much learning and there’s so much going on,” Cindric said. “Overall, it was pretty awesome and pretty dramatic. I honestly didn’t think my lap would stand.

“It’s just been an awesome couple of days and now an awesome way to start this weekend.”

Three of the 10 drivers in the final round experienced issues and didn’t post speeds, including Chase Elliott, who was the last driver to attempt to qualify.

The pole is the first for Cindric in his brief Cup career. He edged Bubba Wallace to pick up his first series win in last Sunday’s Daytona 500.

Erik Jones ended up second-fastest (174.157 mph) and Kyle Busch was third (173.758 mph). Denny Hamlin was fourth and Daniel Hemric rounded out the top-five.

“I definitely left a bit out there. I think we definitely had a shot for the pole,” Jones said. “We’ve been strong right off the bat this season – at the (L.A.) Coliseum, Daytona and now here. The car is on edge and challenging to drive.”

Keselowski spun in Turn 2 during his Round 2 qualifying lap but did not hit the wall.

Logano tagged the wall during his qualifying run but did not appear to do much damage to his No. 22 Ford.

Byron spun during his qualifying lap coming off Turn 4 but only suffered a flat tire, while Hendrick Motorsports teammate Elliott also spun after coming up off the apron.

Elliott had the fastest average lap speed in the Group B qualifying session at 174.855 mph.

Logano led the way in the Group A qualifying session with an average lap speed of 174.090 mph.