Darlington Next Gen test shows “the car respects the track” 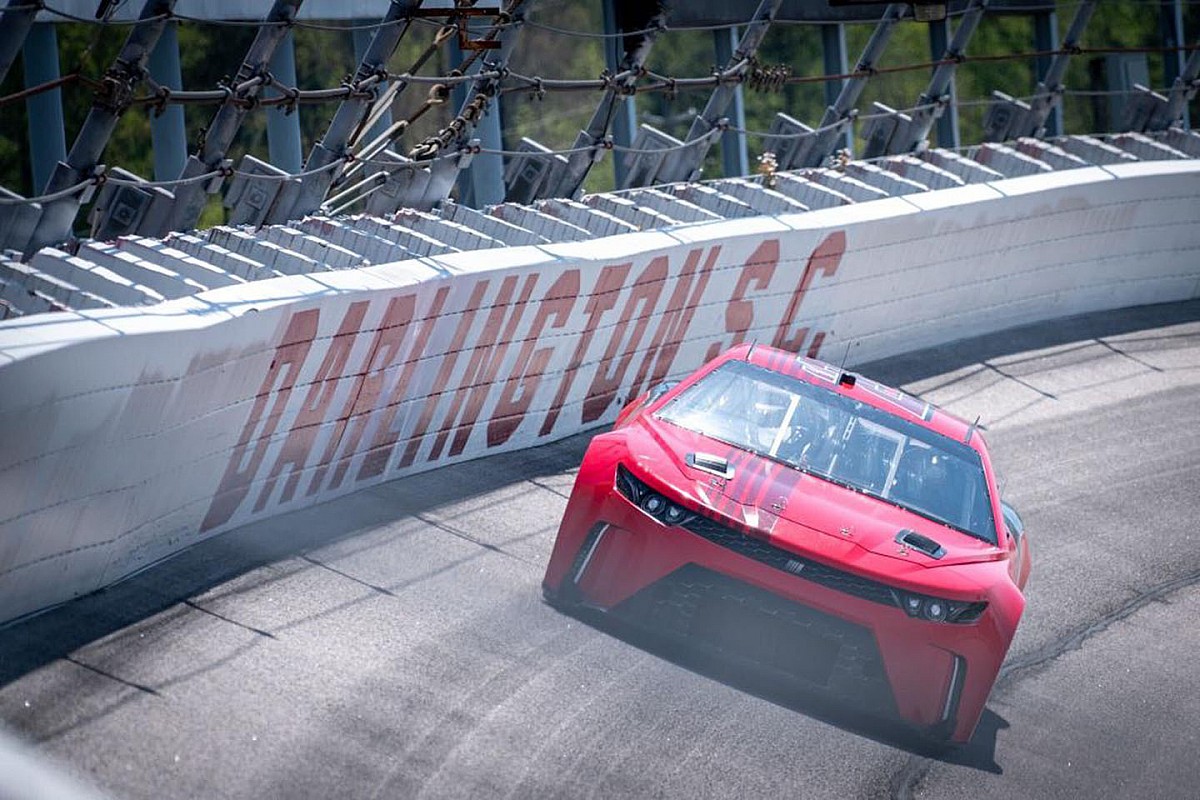 NASCAR and Goodyear conducted a tire test this week with Cup Series driver Tyler Reddick at Darlington, primarily to gather data to develop race tires to be used next season.

The new car was originally set to debut in the Cup Series this season but the COVID-19 pandemic delayed its on-track arrival until 2022.

In all the testing thus far, the cars have had a manufacturer-generic overall design, but they do include several prominent features that make them stand out from the current Cup Series models. They include far more stock-looking wheels and wheel well, body side molding and character lines, hood design and air exhaust vents built into the rear bumper.

“I heard how much different this car was, and I wanted to see it for myself. Darlington is one of the top 3-4 most challenging tracks we get around. It might be the most difficult,” Reddick said. “This track in Turns 1-2 is different than (Turns) 3-4.

“I really wanted to get to drive this car and see what this thing’s like at a track that I’m comfortable at. I have a good understanding of this track, and what it takes to get it rubbered in and what direction to go to hopefully find us the best tire.”

After completing several runs, Reddick said the new car seemed to react to the challenging Darlington surface much like the current Cup Series car.

That was welcomed news by NASCAR.

“There’s a reverence for the track that is Darlington. So when you take a brand new car, and you bring it to a track with this much history, you want to make sure the car respects the track,” said Brandon Thomas, NASCAR’s managing director of vehicle systems, R&D.

“Reddick got out one time and was like, ‘This still drives like Darlington.’ And that to me is important. We don’t want to fix Darlington. Darlington is what it is, and people love it for what it is. So we don’t want this car to white wash this and make it something that it’s not.

Following his first driving stint in the Next Gen car, Reddick said he quickly discovered the contrasts from what he drives this season.

“One of the obvious differences is the tire profile and the 18-inch wheels versus the 15-inch wheels we have on the current Cup car and all the other cars,” he said.

“Understanding that feel and knowing where the limit is on a tire with less sidewall profile, especially at Darlington which is already really hard to get a hold of.”