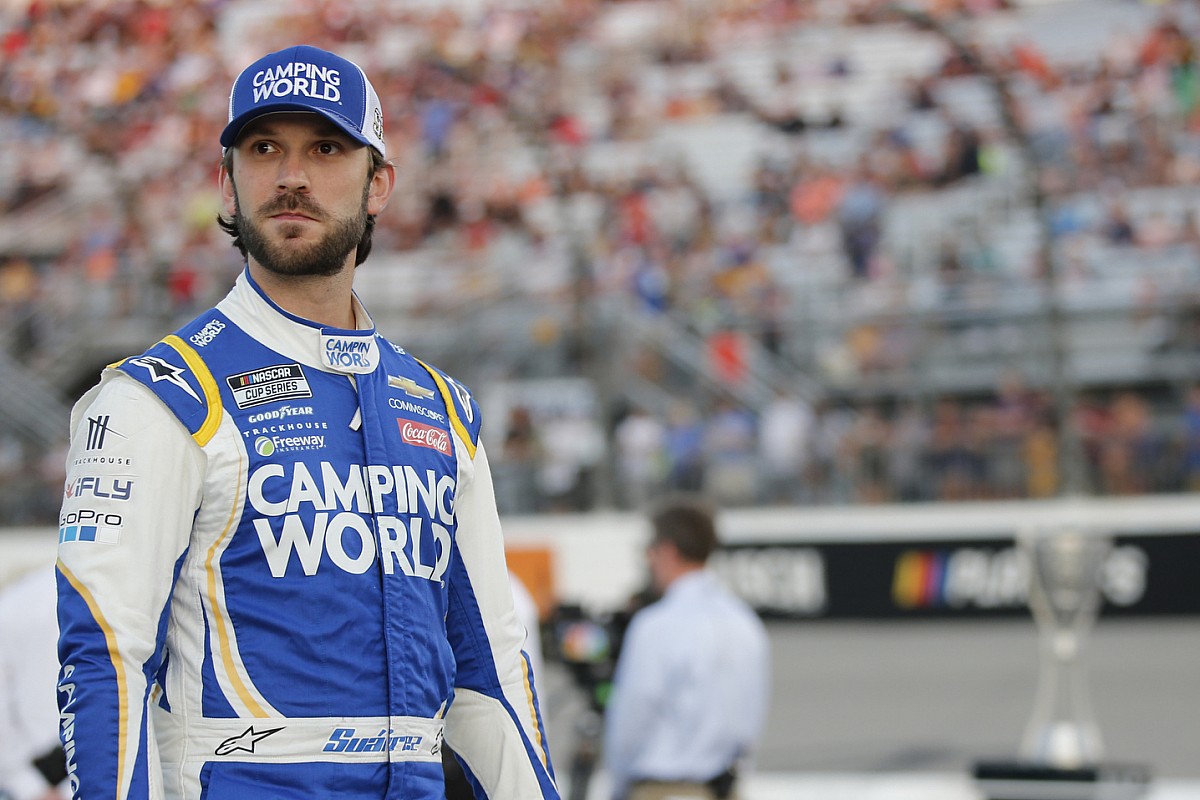 Late last year, the team announced it would be expanding to a two-car organization in 2022 with the debut of the Next Gen car and added driver Ross Chastain to its Cup Series lineup.

After completing this week’s final offseason Next Gen car test at Phoenix Raceway on Wednesday, Suarez said he is anxious to put his No. 99 Chevrolet in race conditions.

“I think we’re ready to go racing. I think the biggest question we had was superspeedway racing and I don’t think we could have been more pleased with the results of the last test at Daytona – everyone was,” Suarez said. “Honestly, the racing is going to be, in my opinion, even better than the previous car. So, that’s exciting.

“When it comes to short tracks and mile-and-a-halves and that kind of racing, the car is very good. You’re going to hear we’re going to struggle in traffic but that’s normal. It’s extremely difficult to breathe clear air (on the track). That happened with previous car, that happened with the car from 20 years ago.

“That’s completely normal, so we’ll have to continue to work to make this car better and better. We’ve found every time we had the opportunity to test we made the car better. I don’t think we’ve reached the full potential of the car just yet.”

Through his experience in the offseason tests, Suarez said he has “no concerns” over how the Next Gen car will perform on track.

“I think the car drives good; looks cooler; looks more modern. Honestly, I don’t have one thing that bothers me about the car,” he said. “I’m happy for the change and I’m happy for where the sport is heading.

“I can’t wait to get started and be a part of it.”

Representing Mexico at the highest level of the sport

Suarez – who debuted in NASCAR competition in his native Mexico in 2009 – became the first Mexican-born driver to win a NASCAR national series race in 2016 with his Xfinity Series victory at Michigan International Speedway. He was among the first success stories to come out of NASCAR’s Drive for Diversity program.

Suarez went on to win the 2016 Xfinity championship and moved to the Cup Series fulltime in 2017 with Joe Gibbs Racing. In 179 Cup Series starts to date with three teams, Suarez has nine top-five and 36 top-10 finishes and has won two poles.

With the expansion of Trackhouse Racing and the addition of new personnel, Suarez said his team is primed for better results this year.

“We definitely have a good team of people at Trackhouse. We have a lot of good support from our sponsors and Chevrolet – they are supporting us a lot,” he said. “I think we have amazing things coming our way.

“I can’t wait to travel to L.A. next week (for the preseason Busch Light Clash). Believe it or not, I’m excited for it for many different reasons. I can’t wait for the race to start.

“We’re going to be racing in a very historic place. And for me, it’s like racing at home – there is a huge Hispanic population there as well.”