Dale Jr. on Next Gen’s ‘surgical’ steering and the challenge it presents 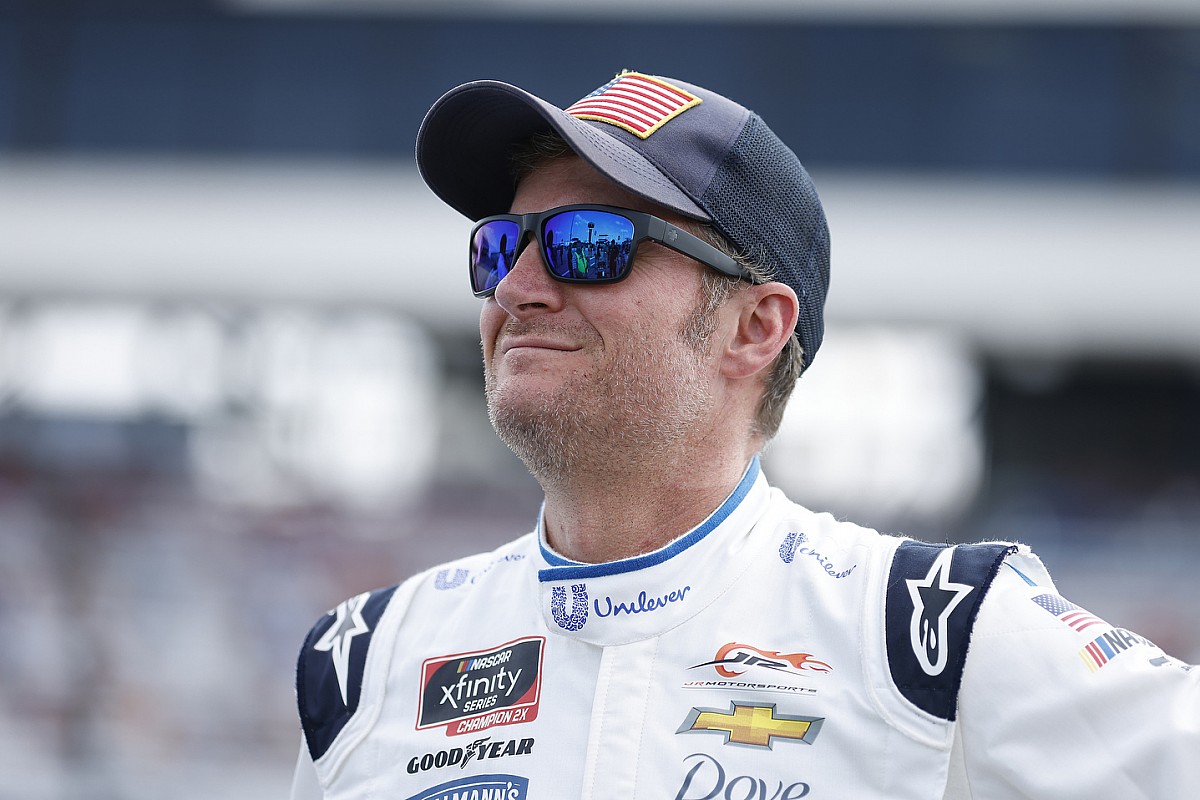 Earnhardt, 47, is taking part of the two-day pre-season test at Daytona with Hendrick Motorsports. The two-time Daytona 500 champion is there both as a driver to help the team prepare for the 2022 season and as a commentator to better educate himself on the new car .

“We’re just trying to learn everything we can,” said Earnhardt on NASCAR’s livestream of the test. “I’m trying to learn about the car and taking in everything I can to help me in the booth (and) they’re trying to figure out how to make it go faster. So, when all those guys get in the car, it’s going to work for them and do what they need it to do in the (Daytona) 500.”

The soon-to-be NASCAR Hall of Famer calls the Next-Generation Cup car ‘fun’ to drive and that “it does everything right.” This isn’t Earnhardt’s first chance to get behind the wheel of the new car either. In October, 2021, he tested the car at Bowman Gray Stadium and offered similar compliments.

During Day 1 of the Daytona test, he even took part in some draft practice. He believes one of he biggest challenges for drivers at the larger tracks will be the rack and pinion steering. Previously, Cup cars used a pitman-arm style steering system.

Earnhardt explained: “The rack and pinion steering is probably the one thing that that would be the most difficult to get used to. It’s so much different than the old style. The car steers very fast. Where you would turn the wheel quite a bit to get around the corner or try to get to a car to side draft, you’re very almost surgical with the steering now.

“Very small movements to make the car do a lot and so you can’t get real crazy with the steering wheel because the car is just going to take off (and) start darting around. That’s one of the things that I think would be most difficult to get used to. The rack and pinion steering and how fast it is.”

Although it presents a new challenge at superspeedways like Daytona and Talladega, Earnhardt believes drivers will ‘love’ how quick the steering reacts at more technical circuits like road courses and short tracks.

The Next Gen car is something entirely new for both drivers and teams. The Car of Tomorrow (COT) arriving in 2007/2008 and the introduction of the Gen-6 car in 2013 aren’t really that comparable to this moment in NASCAR history, says Earnhardt.

“I don’t think I’ve been a part of the sport when there’s been so many unknowns. Everybody goes in really with a blank sheet of paper. And these teams are learning and absorbing so much data. I don’t know if I have ever been part of the sport where this has happened. Even with the COT, that car was somewhat like the race cars we were driving – it just looked different. But this is a completely different car from the ground up. And all the components are – not foreign, but they’re different.”