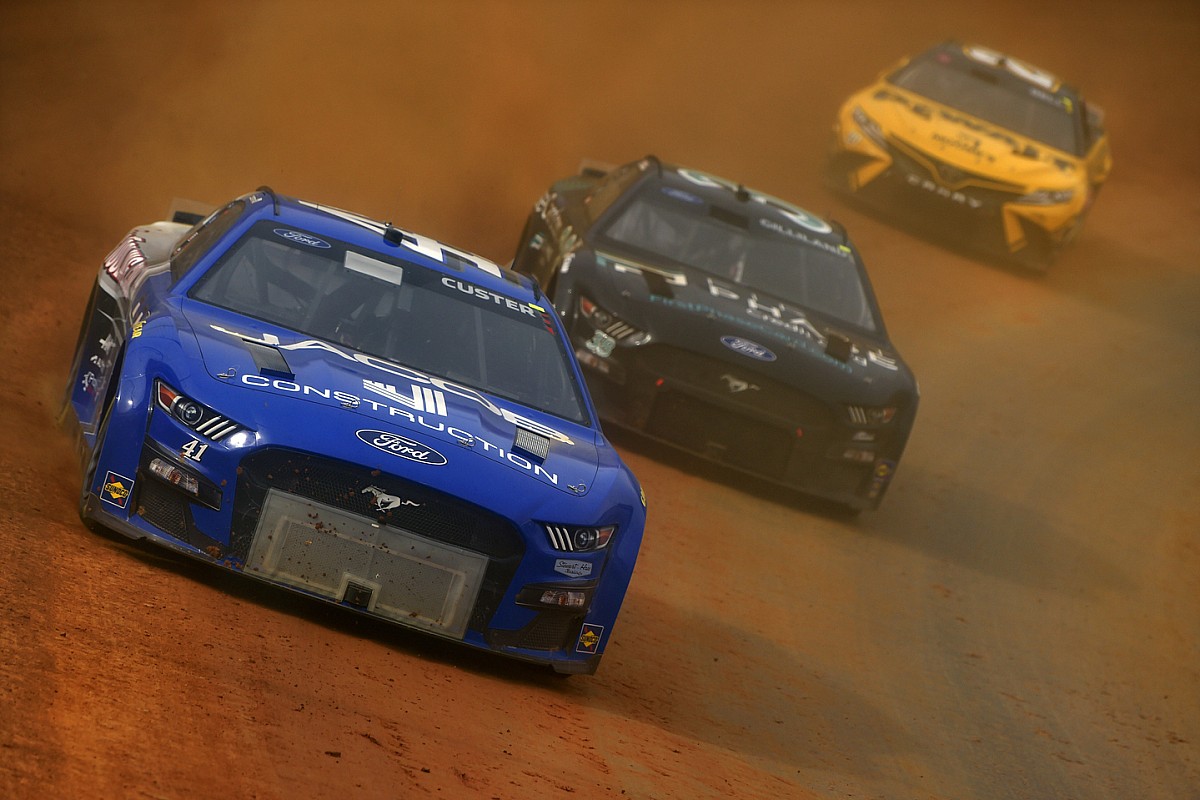 Custer, who has yet to finish in the top-10 in the 2022 NASCAR Cup Series season, finished second in the first of Saturday’s four 15-lap heat race and also passed seven cars.

His 16 total points gave him the pole over Christopher Bell, who won Heat No. 2 and earned 14 points.

The pole is the first of Custer’s Cup career, which spans 83 starts.

“The guys did a great job guessing right on the track,” he said. “It’s so much different than practice and we hit on it. It’s just awesome, first career pole, I never thought I’d get my first career pole at a dirt race.

“When you start in the back you have to worry about just not going a lap down in the first run. To be able to start on the pole is a huge deal for our team. The guys did a great job on the car. I was able to get to the top (lane) and kind of start rolling.”

Ty Dillon passed Elliott on the first lap and cruised to the victory, collecting 11 points.

“I had a shot at him, I just didn’t want to get hung on the bottom and lose another spot,” Elliott said. “I knew if I get hung down there, I had a better shot of finishing third than winning, so cut my losses and ran second.”

Haley grabbed the lead from pole-sitter Logano on the first lap and cruised to the win, collecting 11 points.

Bell passed Kyle Busch on Lap 10 and held him off the final five laps to claim the win, collecting 14 points.

Kevin Harvick started on the pole but Kyle Busch quickly powered to the lead to lead Lap 1.

On Lap 5, Daniel Suarez spun in Turns 1 and 2 but suffered no damage to his No. 99 Chevrolet.

Reddick got around Ross Chastain on Lap 5 to take the lead and held off Custer to take the victory, collecting 13 points.

Chastain spun in Turns 1 and 2 on the final lap.