The learning curve is steeper, the races longer and the tracks more difficult, but Burton remains steadfast in his belief he will make his opportunity in the Cup series work.

Burton, the 21-year-old son of NASCAR Hall of Fame nominee Jeff Burton, is coming off a career-best finish of 14th last weekend at Darlington (S.C.) Raceway, one of just four races this season on which he’s finished on the lead lap.

The consistently strong performance by he and his No. 21 Wood Brothers team on Sunday may only be a small victory, but it was an important step.

“It’s like the first time where I wasn’t uncomfortable in this race car, which is pretty wild when you think about it,” Burton said. “This is a hard race car to drive, which is great for our sport, I think.

“When you hit it right, it drives really well, so we had some notes to build off of now – things that I like, especially based off of that run, some changes that I like – and hopefully that can carry over.

“For me, it was like, ‘Oh, my gosh. I can finally go be aggressive in this car.’ And I hadn’t felt that yet and now I kind of feel like we’ll be able to replicate that and go get after it more.” 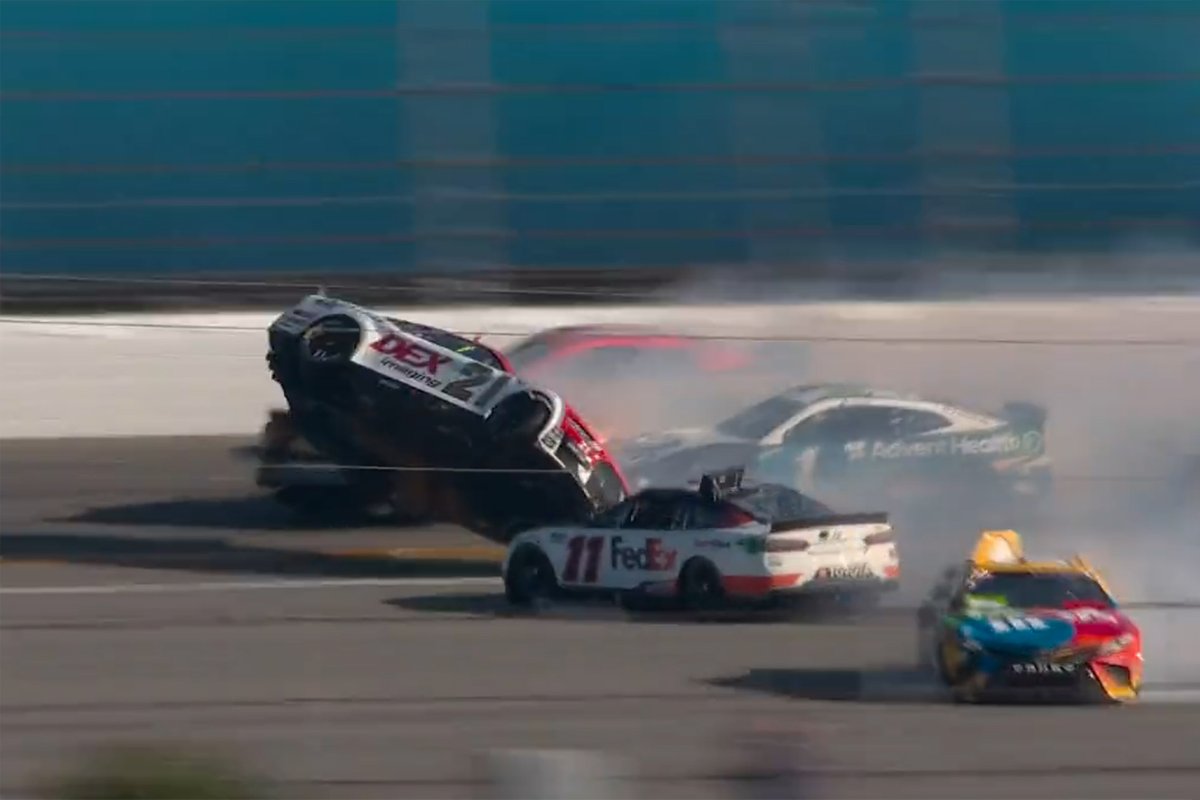 In his relatively short NASCAR career, Burton has enjoyed success and quickly moved up the ladder.

He won the NASCAR K&N Pro Series East (now ARCA East) title in 2017, ran fulltime in Trucks in 2019 and ran two fulltime seasons in Xfinity (with four wins) before being tapped to drive the Wood Brothers’ iconic No. 21 Ford this year.

While Burton hasn’t finished worse than 12th in any fulltime NASCAR season up to this year, he currently sits 29th in the Cup Series standings.

“It’s been a rough start to say the least. Fourteenth-place is our best finish, so that’s not good. There’s no hiding that,” he said. “I think there’s been some growing pains there and I feel like now we’re getting rolling in the right direction.

“So, I’m excited to get back to the race track and hopefully be in that spot to try and contend for wins and just take it one step at a time and get some top-10s, get some top-fives and build there.

“I think if I get in a spot where I’m racing for a win, I’m going to be pretty aggressive for a multiple amount of reasons. Obviously, it would really change my whole life. I think it would be amazing for the Wood Brothers to get their 100th win.”

Whether he is able to put himself in position for a victory this season or not, Burton said the move to the Cup Series has been eye-opening and taught him a lot about himself.

They are lessons Burton believes will be a benefit his entire NASCAR career.

“When things are bad, that’s when you find out who you are. You go through adversity in life. Everyone has it and I feel like it makes you better. It’s just something that, for me, is exciting that I’ve gone through this rough spot and some really hard moments.

“I’ve been in things that were really disappointing, leaving the race track with your head hanging low and Monday morning rolls around and I’m as excited and motivated as ever to go to work and work harder than I ever have. My love for this sport is higher than I think it’s ever been because I appreciate what Cup is all about.”