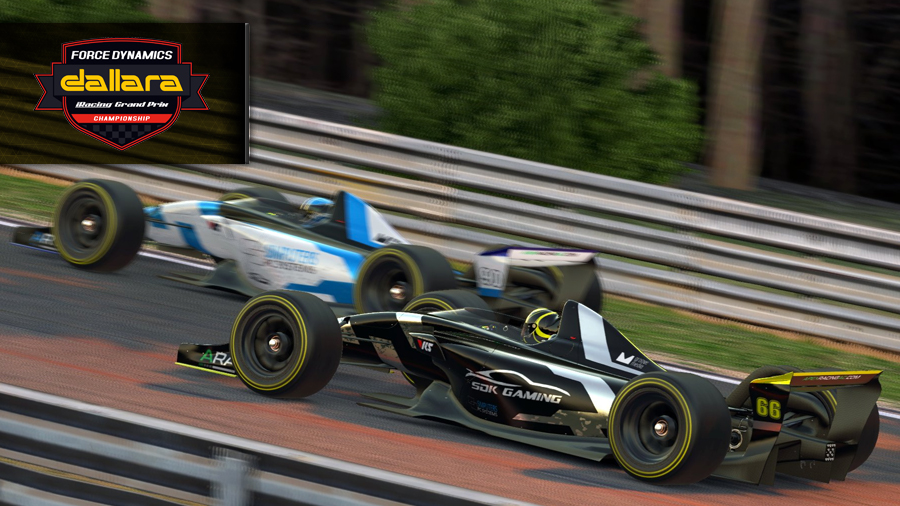 Last week’s Force Dynamics Dallara iRacing Grand Prix Championship opener at Watkins Glen couldn’t have been much more disappointing than it was for Michele Costantini. The Italian driver, known as one of the best virtual open-wheel racers in the world, fell from sixth on the grid to 16th at race’s end, setting off his championship on the wrong foot. Only a point for the fastest lap of the race salvaged his spot in the championship standings.

But fortunes can change quickly in motorsport of all types, and such was the case for the SDK Gaming representative in round two at Circuit de Spa-Francorchamps. It took a last-lap move on fellow Apex Racing Team driver Yohann Harth to do it, but Costantini scored the win from the pole, leading 12 of 35 laps on the iconic host of the Belgian Grand Prix to thrust himself right back into the championship conversation.

The second-place run was Harth’s second podium in two iRGP races thus far in 2021, and his second top-five in two days, after kicking off his iRacing Rallycross World Championship presented by Yokohama title defense with a fourth place in Daytona on Wednesday. Fellow SDK driver Ben Fuller completed an Apex lockout of the podium in third, while Watkins Glen winner Maarten van Loozenoord led 13 laps on the way to a fourth place finish.

Spa’s uniquely challenging circuit proved to be slightly higher attrition than Watkins Glen. Just 13 of the 25 entrants completed every lap, compared to 18 of 26 last week, with drivers like Sam Kuitert, Marcus Jensen, and Valentin Mandernach all falling victim to early incidents. As a result, the point standings saw a major shift, with van Loozenoord and Harth separated by just one point but with some cushion on the rest of the field. Watkins Glen runner-up Peter Berryman remains third thanks to a sixth place finish and the fastest lap of the race.